For Constellation Brands, Modelo's Up, Hard Seltzer's Down 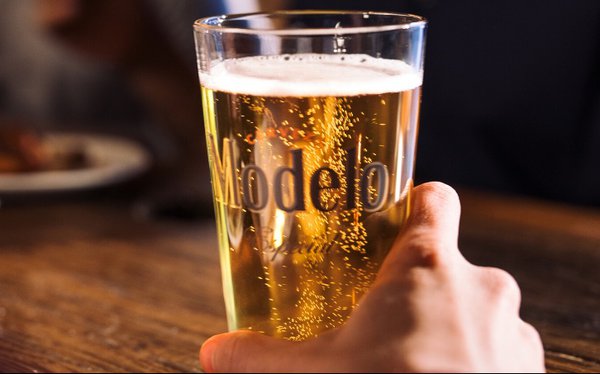 Not quite, but Constellation Brands did write off a $80 million “obsolescence charge” after overestimating consumer demand for Corona Hard Seltzer during its second quarter, which ended Aug. 31.

During a Wednesday earnings call, president/CEO Bill Newlands repeatedly de-emphasized the importance of hard seltzer and other ABA (alternative beverage alcohol) products to Constellation, saying the company’s major strength continues to be its imported Mexican beers.

That growth is now led by Modelo Especiale, “the number one gainer in the industry” and “the number two beer brand in dollar sales,” which Newlands said still “has a long runway for growth” given its “steadily increasing household penetration among non-Hispanic consumers.”  Modelo only began advertising to non-Hispanics 3½ years ago, he noted.

Newlands also reported strong consumer demand for Corona Extra and Pacifico, comparing the latter to “a baby Modelo….It's developing in a very similar way to what Modelo did say 20 years ago, with extensive growth profile on the West Coast, and it is starting to filter east."

In that regard, Constellation will still compete in the hard seltzer/ABA space, but “in ways where we offer meaningful points of differentiation and unique value,” he said.

Newlands said Constellation will work to evolve the category “beyond low-calorie, low-carb offerings and open up to more distinctive consumer value propositions that include things like more flavor, different alcohol bases, and functional benefits.”

He pointed to this year’s return of the tropical-flavored Corona Refresca and the debut of Corona Limonada as moves in that direction, saying “we will be altering the flavor and taste profile of our seltzer portfolio to better align with the changing consumer preferences while also introducing single-serve packages to better serve the growing convenience channel."

Newlands said he expects industry consolidation in the hard seltzer/ABA space “primarily due to the chaos of skew and brand proliferation with too many new entrants that don't have the velocity or consumer demand to warrant shelf space.”

Newlands said that Constellation’s share in fine wine has “expanded significantly” directly due to growth in e-commerce and D2C, which he said are three to four times greater than pre-pandemic. Cases in point include growth of the Prisoner on Instacart and Robert Mondavi Winery on wine.com.  E-commerce and D2C now comprise 3-5% of Constellation’s total wine/spirits business, Newlands said.