AT&T To Shut Down WatchTV, Push HBO Max As Replacement 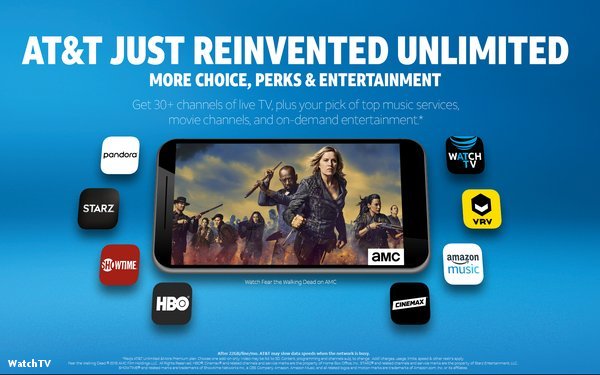 AT&T, which stopped making its low-cost streaming service WatchTV available to new subscribers back in July, has now informed existing subscribers that it will go away as of Nov. 30.

Instead, these customers -- now paying $15 per month for WatchTV -- are being told they can instead sign up for HBO Max "at no additional charge" if they sign up for it.

In addition, existing WatchTV subscribers will lose their Spotify subscription tie-ins, unless they opt to continue service directly through Spotify.

For a time, AT&T offered the service free to users of its Unlimited & More and Premium wireless plans, but switched to offering those customers the service at the usual $15 standalone price as of late 2019, in anticipation of HBO Max’s May 2020 launch.

AT&T, which has been divesting video-oriented businesses to focus on and help bankroll its 5G wireless business expansion, in August spun off DirecTV, AT&T TV and U-verse to create a separate joint venture video company with TPG Capital.

DirecTV Stream became the umbrella brand for all video streaming services previously owned by AT&T, with the exception of HBO Max, which is part of the WarnerMedia Discovery merger expected to be finalized in 2022.