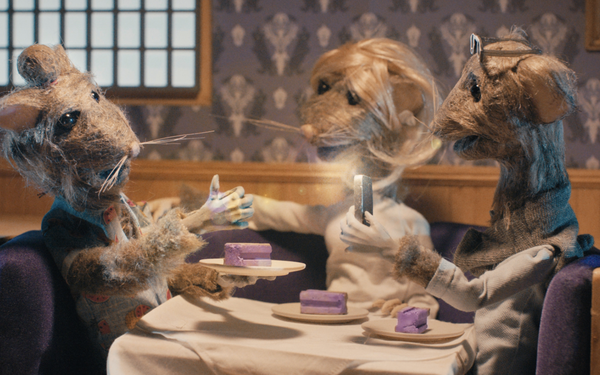 To promote “Tomcat Advanced Formula” as the “newest and tastiest” option on its mouse-killing menu, ScottsMiracle-Gro has opened a new fictional restaurant -- the Tomcat Bistro -- in quirky :30 and :15 spots from VaynerMedia.

The Halloween-month commercials, which combine humanized animated mice with a catchy jingle and a horror movie feel, are decidedly not for everyone.

A Scotts-Miracle-Gro spokesperson framed the issue as mouse vs. human, telling Marketing Daily that "rodent infestations can happen to anyone and when it does, it can bring with it the risk of disease, food contamination, and property damage and destruction. To help our consumers address rodent issues, Tomcat offers a full line of product options to select from."

The latest option, Tomcat Advanced, is not only “tastier” but come in a purple color that delights the new campaign’s unsuspecting “mice.”

The jingle – which includes such lyrics as “It’s heaven in a bite” and “we’ll make the best meal the last” -- is from The Music Playground, with the anthropomorphic animation directed by Anthony Farquhar-Smith of Not to Scale Production Company