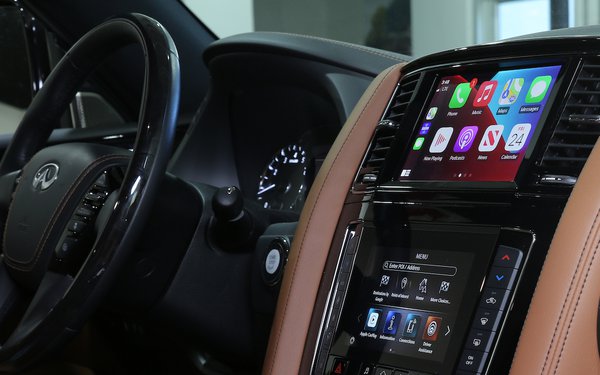 Infiniti is offering owners of most 2020-model year and newer the option of a complimentary upgrade to wireless Apple Car Play for free.

The upgrade, which can be completed at Infiniti retailers in the United States, is available for the 2020 and 2021 Q50 sports sedan, Q60 sports coupe, QX50 midsize crossover and QX80 full-size luxury SUV through March 31.

Other automakers, including Toyota and Mazda, have previously offered upgrades to retrofit older models with Apple Car Play, but dealers typically charge a fee for the service.

Next up for wireless Apple CarPlay is the just-announced 2022 Q50 and Q60, and then finally the all-new QX60 seven-passenger SUV.