'America' In The Title: Brand Benefit Or Brand Risk? 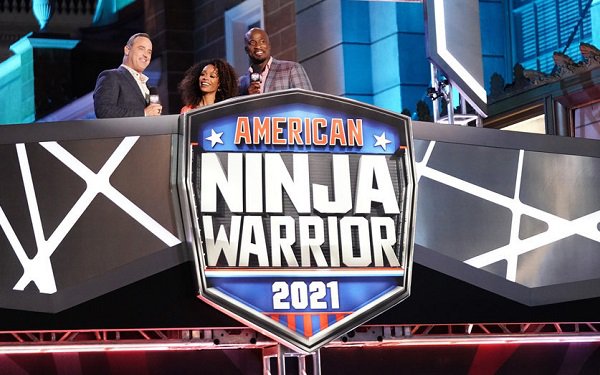 A number of TV shows today brand themselves with the words “America” or “American” in their titles or slogans.

But at a time when America is deeply divided about the meaning of “America” and its history, is it an advantage or disadvantage for TV shows to use “America” or its variants in their titles?

On the face of it, one would think that coming across the word “America” in a TV title would not present a problem for most people.

At the same time, however, we live in a hypersensitive age in which the parsing of words and phrases has become blood sport for some, with social media as the platform for expressing their doubts, misgivings or anger about our history, our culture and our language.

Just the other day, an announcement came from DC Comics that the word “American” has been excised from the famous phrase that for decades positioned Superman as a superhero fighting for “truth, justice and the American way.”

From now on, the Man of Steel will be fighting for “truth, justice and a better tomorrow.” DC offered a vague explanation for the change, but one cannot help but form the impression that the company felt that the word “American” was just not in vogue anymore and it had to go.

Not so for TV shows ranging from “American Ninja Warrior” to “American Experience.” And there is no evidence to suggest that including the word “American” in their titles has diminished their value in any way.

Perhaps most people are intelligent enough to recognize that the word “American” in the “Ninja Warrior” title is really just a kind of window dressing.

And of course, “American Experience” could not be more different from “Ninja Warrior,” which is why it is impossible to generalize about TV’s “American” and “America” titles.

What is the appeal of these shows? It depends on the show. “American Experience” and another PBS title, “American Masters,” have long presented new, authoritative takes on American history.

The competitive spirit and wide-ranging talent of ordinary Americans is showcased on both “American Idol” and “America’s Got Talent.”

The Game Show Network quiz show “America Says” wears the red, white and blue on its sleeve, and the show has emerged as GSN’s most popular show.

Along the same lines, “Wheel of Fortune” has long positioned itself as “America’s Game” and so it is. The phrase is even trademarked.

ABC says “Good Morning America” at the start of a new day. The show and its ebullient co-hosts know they are addressing “America” when they come on each morning.

The TV comedies “American Housewife” and “American Dad!” both offer their own takes on parenthood.

History Channel’s “American Pickers” sifts through and dusts off the everyday objects that represent the history of ordinary Americans. This show has been on for years.

The show’s “pickers” are even seen buying the objects and then putting them up for sale at a profit in their antique shops. Profit motive? That’s another American tradition.

A number of TV’s “American” shows delve into our nation’s darker side, which is alright with many of us since Americans are nothing if not introspective when it comes to discussing and debating America’s vices and virtues.

FX seems to have cornered the market on “American” TV shows that are not exactly celebratory -- including the anthology series “American Crime Story” and “American Horror Story,” and the drama series “The Americans,” in which the titular characters were really Russian spies embedded in a Washington, D.C., suburb.

“American Greed” on CNBC offers stories of Ponzi schemes and con artists that unfortunately are as much a part of the American story as gun violence and historical racism.

But at the same time, the accumulation of wealth is celebrated in another TV feature whose slogan is familiar to many who regularly watch their local TV newscasts at 11 p.m. (eastern time).

It is the live drawing on national TV of the day’s winning numbers for the Georgia-based Mega Millions jackpot, which regularly grows to the tens of millions and then the hundreds of millions before a winner emerges.

At the conclusion of this brief feature (45 seconds, I believe), announcer John Crow is famous for his exhortation to “Play on, America!” -- a catchphrase on par with “Let’s get ready to rumble!”

As reflected in our America-focused TV titles, playing lotteries and quiz games, competing in ninja-fighting or singing contests, and debating and appreciating our shared history are all part of the American way -- unless you’re Superman.

television
2 comments about "'America' In The Title: Brand Benefit Or Brand Risk?".
Check to receive email when comments are posted.
Read more comments >
Next story loading