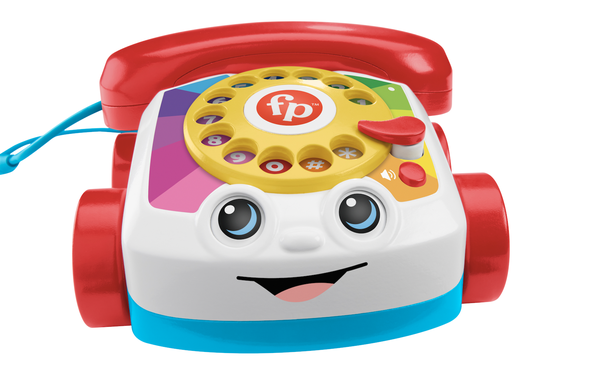 Sixty years since the debut of Fisher-Price’s Chatter Telephone, a rolling toy for toddlers, the Mattel-owned company has tapped into nostalgia to sell a new working version to adults.

“Adults have cherished memories making pretend calls with the Chatter Telephone many years ago,” and the brand “wanted to bring these memories to life in a fully functional way,” a Mattel spokesperson told Marketing Daily.

The limited-edition model, available for $60 only through BestBuy.com, works through a Bluetooth connection from users’ cell phones. Orders are being taken now, with shipments to start late November to early December.

“The past has arrived,” notes a commercial. “Your first mobile phone is now a real mobile phone.”

And Best Buy is supporting the product with placements across its platforms.

The target demo? “Adults who want to go back to a time when making calls was fun and simple,” said the spokesperson.

The toy version of the Chatter Telephone, incidentally, is still being made and going strong, with a list price of $9.99

But why are toddlers still playing with a product whose original purpose of developing skills for rotary phone dialing has long since faded away?

“The Chatter Telephone has stood the test of time because while so much continues to change and evolve rapidly around us, the magic of playtime fun remains the same,” the spokesperson said. “For 60 years kids have loved placing pretend calls -- just like their caregivers -- pulling the wheeled phone around the playroom, and smiling back at its playful wobbly eyes."