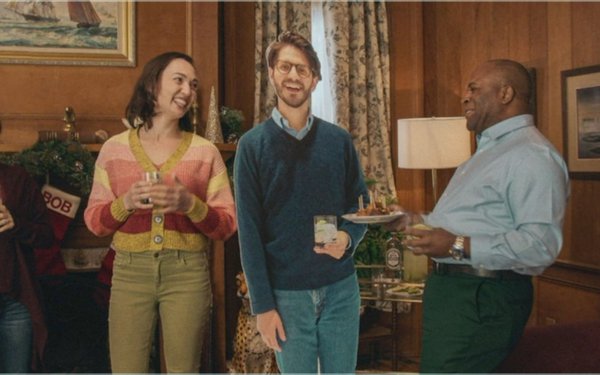 In March 2020, just as number-one tequila brand Jose Cuervo was seeking to convert younger drinkers by moving its marketing from mass media to an engagement-minded approach, the COVID pandemic hit.

With on-premise locations closing, Jose Cuervo canceled an upcoming Cinco de Mayo campaign, but then pivoted to not only a newly developed Cinco de Mayo push but a number of other initiatives over the next year and a half, Lander Otegui, chief marketing officer of Proximo Spirits, told an Advertising Week audience on Tuesday.

“Most other brands started canceling [everything]. We did the opposite: heavied up.” As a result, Jose Cuervo’s share of voice rose to number one, even beating beer brands like Corona, Otegui said.

To both engage with its audience and support suffering local Mexican restaurants, the new Cinco To Go campaign offered consumers the chance to get their tab picked up by the brand when they ordered a delivery of Mexican food.  The result, Otegui said, was a billion impressions, with over 1,500 tabs covered totaling close to $100,000 worth of Mexican food.

Fast-forward a year, to May 2021, with the pandemic still raging. This time, the brand had a new focus: overtired and stressed food deliverers. The Tipsy For Cinco campaign, in addition to covering over 1,800 tabs totaling close to $150,000 worth of Mexican food, urged consumers to tip their deliverers 20% or more.

For last year’s Christmastime campaign, Jose Cuervo recognized that many people just wouldn’t be joining their families for the holidays. The idea of the Cuervo DoppelDrinker campaign, Otegui said, was “If I’m not going to be there, maybe I can send a cutout of myself…Thousands of people sent their pictures to be [made into cutouts] and sent to their families.”

During the pandemic, Oregui continued, Jose Cuervo also started informing younger audiences for the first time about the brand’s ongoing efforts to recycle agave waste from the Mexican plant used as the basis for tequila.

Although it had previously run some sustainability-based promotions to the trade involving the likes of agave guitars and surfboards, this past summer the brand launched a giveaway promotion of agave-based drinking straws to consumers, getting 200,000 requests in under three days.

And, a couple of weeks ago, with on-premise drinking returning, the brand opened an Agave Bar pop-up in Los Angeles. Tie-ins included an agave-repurposed brick bar, chairs and tables; cocktails, including the agave straws; giveaways of glassware, clothing and accessories made from agave byproduct; and temporary agave-based tattoos.

While the Los Angeles venue only existed for a few days, Jose Cuervo is planning to resurrect the idea for future events across the country.