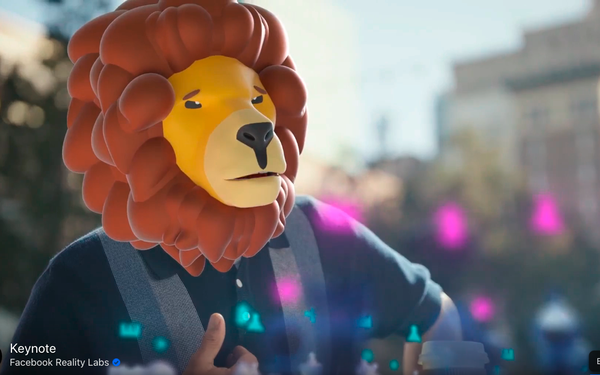 Anyone who lived during the psychedelic era of the 1960s and early 1970s might have found Mark Zuckerberg's presentation on the company's new direction a little trippy. On Thursday, the Facebook CEO announced a corporate name change, detailing the new vision of the metaverse, an online virtual realm where people would work, exercise, play and shop.

“Metaverse is the successor to the mobile internet,” Zuckerberg said at the social-media giant’s annual developer forum Facebook Connect.

Rather than looking at a screen, he said, it will enable people to share a space and experience the connection and the emotions of others. Facebook is already investing in creating this new reality of shared online spaces inhabited by digital avatars.

The company recently announced it will spend $150 million to train the next group of creators to build this world.

Avatars will represent people in the metaverse. People will have a virtual home space, with the ability to invite people over and hangout. “Teleporting around the metaverse is like clicking a link on the internet,” Zuckerberg said.

Since remote work is here to stay, the company believes people we will need better tools to work together, meaning work in the office without the commute. Later this year, the company will introduce a way to customize the workspace and 2D progressive web apps and developer frameworks, making them easier to build.

Educational opportunities also exist. People will be able to "teleport" anywhere in history such as ancient Rome. Learning won’t feel like anything else done before. A medical student can practice a specific operation until they get it correct, for example.

Zuckerberg also is pulling for interoperability, privacy and safety. People can decide when they want to be with others Nearly any time of media in the real world can be brought into the metaverse. People will move across the experiences in a variety of devices. Rather than typing or tapping, people will gesture with their hands.

It may seem like science fiction, but much of the technology is available today to support hand, voice gestures and even mind control.

The Presence platform announced today, along with an interaction SDK, a library of modular components to add hand interactions to apps. It offers developers a range of machine perception and AI capabilities to build mixed reality experiences on Oculus Quest 2 virtual reality system.

Zuckerberg wants developers to build a mixed reality for Quest 2, but privacy and safety must be built into the platform from the start.

He talked about being transparent around how data is collected and safety controls for kids, but he did not talk about policing and protecting against human trafficking, theft of avatars and other similar harm. If he wants to create an alternative universe, perhaps that's something he also should consider.

future of media, innovation, search, technology
2 comments about "Zuckerberg's Meta Keynote Is Like Tripping On Acid".
Check to receive email when comments are posted.
Read more comments >
Next story loading