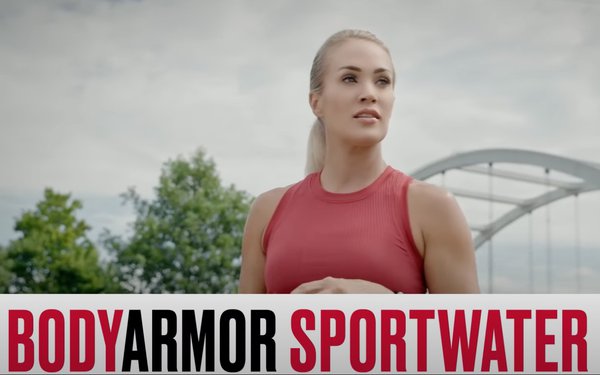 In buying the remaining 85% of Bodyarmor, the Coca-Cola Co. has acquired its way to the #2 spot in the sports drinks category just over three years from its initial investment in the brand.

Coca-Cola said today it is paying $5.6 billion in cash to secure full ownership of Bodyarmor, which was founded in 2011.

In August of 2018, Coca-Cola acquired 15% of Bodyarmor in what it termed a “strategic relationship” that provided Bodyarmor with access to the beverage giant’s bottling system and contained a provision giving Coca-Cola a “path to full ownership.”

Last February, Coca-Cola informed the Federal Trade Commission that it wanted to acquire a controlling stake in Bodyarmor.

“As an immediate result of this deal, Coca-Cola will gain a far larger presence in the growing North American sports drinks market by adding Bodyarmor alongside its existing Powerade brand,” said Howard Telford, senior head of soft drinks at Euromonitor International. “Longer term, the acquisition introduces the possibility of global expansion for Bodyarmor, as the brand enters the global Coca-Cola distribution system.”

Introduced in 1988, Powerade is a distant #3 to sports drinks category leader Gatorade and Bodyarmor.

A year ago last month, Coca-Cola said it would discontinue some 200 drinks brands around the world.

Asked about the planned pruning on a conference call with financial analysts, chairman and CEO James Quincey said that “the brands themselves are distributed across the categories, probably slightly more in the hydration space than any of the other sparkling, coffee and tea, or juice, dairy and plant-[based].”

Coca-Cola’s hydration brands at the time included Dasani, Powerade and Smart Water—all of which the company still owns.

“Bodyarmor is complementary to PowerAde in our portfolio,” a Coca-Cola rep tells Marketing Daily.

“Together, Bodyarmor and Powerade can effectively compete versus other brands and expand the category definition.”

In January of 2020, Powerade redesigned its packaging and added two new calorie-and sugar-free products: Powerade Ultra and Powerade Power Water. This was the brand’s first major upgrade since 2007.

One of Powerade’s goals at the time was to appeal to a broader group of people beyond serious athletes and workout aficionados.

Similarly, earlier this year Bodyarmor sought to broaden its target audience beyond the sports realm to consumers who seek beverages low in sugar and calories and contain no artificial colors, flavors or sweeteners.

As part of that effort, the brand partnered with Carrie Underwood,  who also became an investor in Bodyarmor.