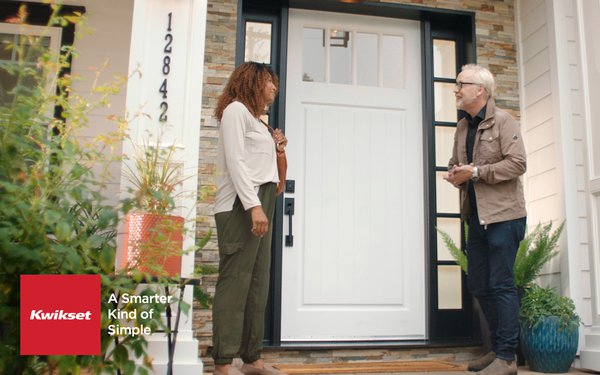 Door hardware company Kwikset and indie agency SCS have tapped Adam Savage, former co-host of the Discovery Channel show  "Mythbusters,"  for some home improvement fun in the launch of the brand campaign, “A Smarter Kind of Simple.”

The new tagline, "A Smarter Kind of Simple," created by SCS, is built on the brand’s proposition to customers that its products are “smart and simple”—just what they’re looking for in security solutions.

To highlight the “smarter” side of Kwikset, the team turned to Savage. “Adam has that fun and uniquely innovative side of technology that fits perfectly with Kwikset’s own personality,” SCS Chief Creative Officer John Zegowitz said. “It’s the kind of technology that we can all geek out on, and it’s seriously strong and effective, too.”

To communicate the “Simpler” side of the equation, SCS paired Savage with an easy-going partner, played by actress Chivonne Michelle, who isn’t all that concerned with the innovation that goes into Kwikset products, but truly appreciates the design and simple features. The messaging focuses on conversations between the two that focus on the smarter/simple duality.

Ads will appear on broadcast television, CTV, paid and native social content, and display advertising from now to next summer with periodic refreshes to the content.