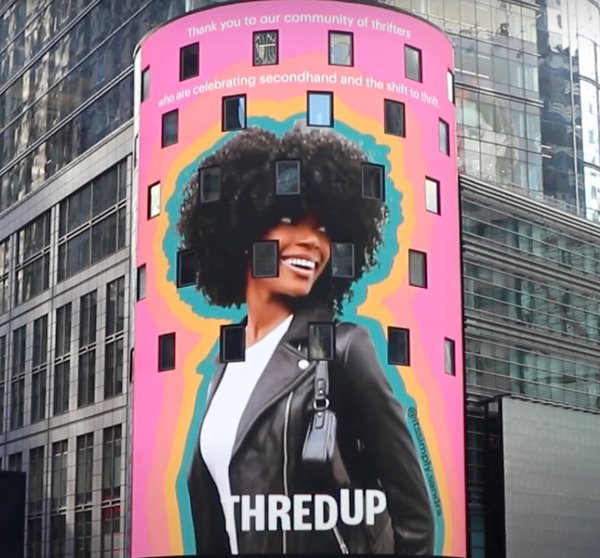 There seems to be no end in sight for consumers’ passion for secondhand clothing finds. ThredUp, a powerhouse in the resale category, says its third-quarter sales coasted to a record $63.3 million.

And while losses increased to $14.7 million, worse than the $11 million it lost in the comparable period last year, the company says it is stepping up its infrastructure investments to better serve the surging demand, including a new distribution center.

The number of active buyers grew to 1.4 million, while the number of orders hit 1.3 million, growing 14% and 28%, respectively, compared to last year’s results. Both are also records.

The Oakland, California-based company says it has expanded its existing resale-as-a-service programs with Madewell, and started new programs with Adidas, Michael Stars and most recently, with Crocs.

For Crocs, the partnership connects to its commitment to become a net-zero company by 2030. Its customers can generate a prepaid shipping label on ThredUp’s site, donating them to Croc’s Clean Out program. For a limited time, Crocs is donating a shopping credit to encourage participation.

New research from investment company Raymond James indicates continued enthusiasm for thrifting. It recently surveyed 575 U.S. consumers, reporting that 69% of respondents are either very or somewhat likely to buy from a used clothing site in the future, up from 60% in last year’s survey, and 55% in 2019.

Interest remains highest among the youngest consumers, with 25% of women between 18 and 29 already shopping these sites, versus 21% of the total. The 30-44 age group is the most active among male respondents, with 21% already using.