LA Auto Show Generates Plenty Of News, Much Of It Electric 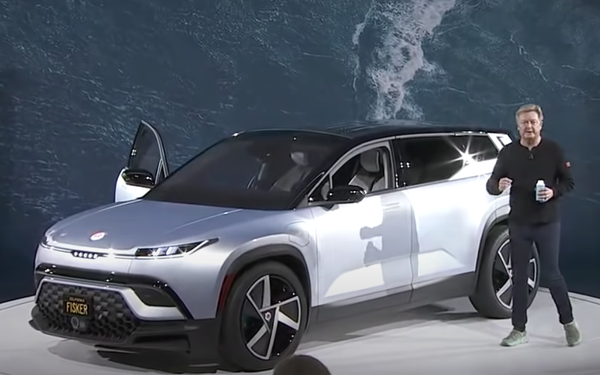 As they like to say in Hollywood, that’s a wrap.

The media days for the 2021AutoMobility LA are in the books and the show has transitioned over to public days.

Despite some anxiety about how many auto executives and journalists would make their way to the highly vaccinated state of California, the media events seemed to go smoothly and a lot of news occurred.

In order to gain entry into the Los Angeles Convention Center, everyone had to show a QR code indicating pre-registration, and also proof of vaccination or a recent negative PCR test. The process went quickly and smoothly, perhaps an indicator of how future large events can be held safely.

Deemed by many publications “one of the more interesting reveals this year” was the near-production version of the Fisker Ocean, an all-electric SUV.

Company CEO Henrik Fisker attended MediaPost’s Marketing: Automotive conference at the convention center during press days, where he talked about what makes the vehicle noteworthy, including a number of features the automaker is patenting.

Priced starting at $37,500, the vehicle includes a solar roof and a doggy door out the back window, where the driver’s four-legged passenger can be secured and given safe access to sniff the great outdoors.

The Fisker Ocean also features a large 17.1-inch screen. It can rotate 90 degrees to go from vertical to landscape or “Hollywood Mode,” where users can play games and watch videos when the Ocean is parked and charging, Henrik Fisker explained during his Q&A with MediaPost.

Experiential events at the show were all the rage.

Ram Truck had professional drivers who navigated guests through an interactive indoor course in the 2021 Ram 1500. Ram Rebel, Limited, Laramie and Longhorn models were also available for rides.

Outdoor exhibits, which were well attended at the Chicago Auto Show in July, were also set up outside the convention center including the 25,000 square-foot Camp Jeep which includes obstacles that simulate some of the rigorous testing that Jeep vehicles endure before customers get behind the wheel.

BMW and Mini had a display at The Grove shopping area open to both media and customers. [ SPACE ] is a two-story, gallery-inspired experience featuring the latest by BMW — from the First-Ever BMW iX to the newest BMW M vehicles, Motorrad bikes and Mini models.

Even Barbie got in on the show, with Mattel unveiling a life-sized version of the Barbie Extra car. Built on the chassis of a 2021 Fiat 500, the fiberglass body features sparkly white paint, a pair of wings for doors and a pet pool in the back.

As another saying goes, “Only in Hollywood.”