Snoopy, Peanuts and the Bite-Sized Messages of Brand Humanity 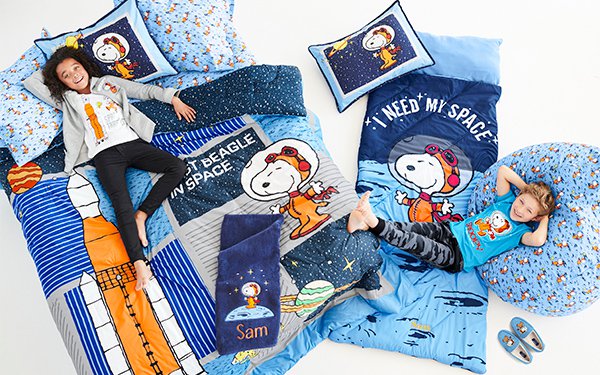 Seventy-one years after Charlie Brown and his neighborhood of friends, pets, unintelligible adults and kite-eating trees launched, the Peanuts’ brand remains among the most recognizable around the world. Charles “Sparky” Schulz finished his epic run in 2000 (the day before he passed). And yet every year around this time, our memory of his genius is refreshed with the Great Pumpkin, Thanksgiving and Christmas specials. Peanuts’ latest TV home is Apple TV+, where you can find those indispensable specials, as well as new animated series. But you can’t call this a revival, since the overseer of the brand, Peanuts Worldwide, has been working all along with over 1000 partners across all borders on a range of Peanuts properties and merchandise. Twenty years after the last original Schulz strip appeared, high demand for the Peanuts’ license continues because of the strip’s simple, resonant humanity, says Charlie Brown’s CMO, Melissa Menta, SVP, Marketing and Communications Worldwide. Authenticity, honesty, relevance and meaning come as effortlessly to this brand as they elude just about everyone else in marketing. As consumer brands trendily scramble to find their “meaning” and “align with values,” this seems like a good time of year for them to ask a version of Charlie Brown’s famous cry – Isn’t there anyone who knows what having a brand matter in people’s hearts and minds is all about? Listen to the entire podcast at this link.

This is the part where Linus says, “Lights  please.”

MediaPost: I'm curious what Schultz's feeling was about licensing, what role he saw for licensing in sort of the Peanut’s world.

Melissa Menta: I started working on the brand a year after he passed away, but I do know he was okay with it. But he didn't really care to be involved in it as much as you would think. I mean, really, he was writing what we all like to refer to as the longest novel ever written. The strip was his heart and soul. And I think as long as he could do his strip the way he wanted to do it, he was okay with all of the other licensing and stage shows, and all of the other stuff that came along with Peanuts.

MP: People in the advertising world probably know the most famous and long running association of Peanuts is with Snoopy and MetLife. Does that brand association tell us something about how you think about aligning the Peanuts’ brand with products and services?

Menta: Actually, we are no longer working with MetLife, but that's just recent. I always liked MetLife, I think it was an unusual partnership. I don't think there's any other partnership as long with a character brand and an insurance company. But like our relationship with NASA, it was born out of a time when the marketers at MetLife knew that buying life insurance was not an easy thing. And they thought, how can we make buying life insurance a more acceptable and accessible thing. Going to Charles Schulz and saying we want to use your characters to make selling life insurance easier was kind of groundbreaking. That's sort of what happened with NASA in the early 60s after Apollo 1 when the astronauts died in the fire. NASA knew they had sort of trouble there with getting the American public behind going to the moon. And so using Snoopy as their safety mascot made a lot of sense as well.

MP: That's really interesting using Peanuts as a kind of humanizing comfort brand. What sorts of brand associations do you think about now as you're looking at prospects and business deals? What are the criteria to determine a good Peanuts fit?

Menta: Well, people ask me all the time, why do you think Peanuts is still so popular and resonates with people to this day, 71 years later? It's really just human emotion. It's genuine, and people really relate to it because it's just small tidbits of humanity. We just think about what fits with that kind of genuine human connection and not every partner does. 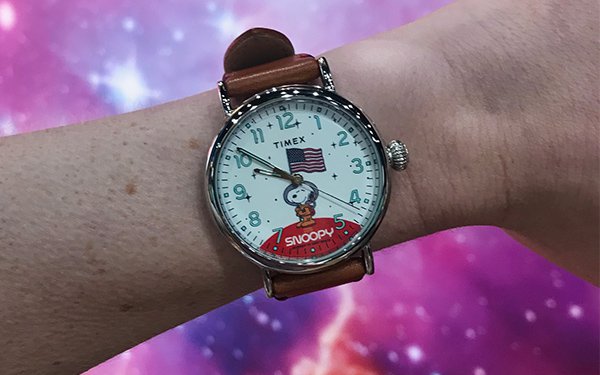 MP: What are some good, recent examples of alignments that are maybe some of the largest ones that you have, and where you see that aligning, and how it's serving the brand?

Menta: We have over 1000 partners. He wrote almost 18,000 strips, so almost every topic that you can possibly imagine is in that strip. So it's really easy when we're coming up with initiatives and partners to go to - we just look to the strip. Several years ago we were talking with our global partners about what we wanted to do as we head towards the 75th. And everybody’s common theme was, we really should take care of the Earth and people should take care of themselves. That kept coming up with all these global partners. So we came up [with] and coined the term, Take Care with Peanuts. And that is taking care of yourself, taking care of others and taking care of the Earth.

MP: What campaigns are you working on now?

Menta: So, Take Care with Peanuts, not only are we planting trees, we're installing hospital murals around the world in six continents. We do still have an ongoing relationship with NASA, which is a lot of fun. I actually get to talk to people at NASA almost every day, and I’m inspired by them. With NASA, our agreement is called The Space Act Agreement, and that's to create STEM education materials alongside NASA. And then, of course, we have all this content coming out from Apple TV+ that's really exciting. Everyone knows the specials, Charlie Brown’ Christmas, Thanksgiving, Great Pumpkin. Those still are really popular. But what is great about the content from Apple TV+ is that it's very kid focused and it's just keeping new generations in the know about Peanuts. It's been a lot of fun working with Apple as well.

MP: What is the social strategy for the Peanuts brand?

Menta: Well, again, I'm going to go back to Sparky. He wrote the longest novel ever written, but in four-panel stories and little bite-sized messages of humanity. And so the comic strip translates incredibly well into social media because of these small little human emotion messages. So we're on almost every social platform, including TikTok. We're on almost every social platform in mainland China as well.
The strategy is really to create connection with the brand. We try not to be that commercial in our social media messages because nobody will engage with our content if they feel like they're being sold some socks. I mean we do do that, of course, but not as much as some other brands. So the strategy, again, is just to engage and connect.

MP: What are the platforms that you use most or the ones that have the largest following? Drop a few hash tags and names.

Menta: @snoopygrams is our brand on Instagram, but we also have a really cool Instagram handle called @snoopyinfashion, and that's where you can go and look at all the cool things that you can buy to wear with Peanuts. And then Snoopy actually tweets as a brand, not necessarily the character Snoopy. And then there's actually, I think, a really fun handle which is @woodstock. Woodstock only speaks bird but I encourage everyone to go follow Woodstock. He's done a lot of fun things with journalists on Twitter. I'm thinking of years back, I think it's probably been six or seven years now, Jake Tapper in Woodstock had a fun interview on Twitter. And, of course, we're on Facebook and you name it we're on it. 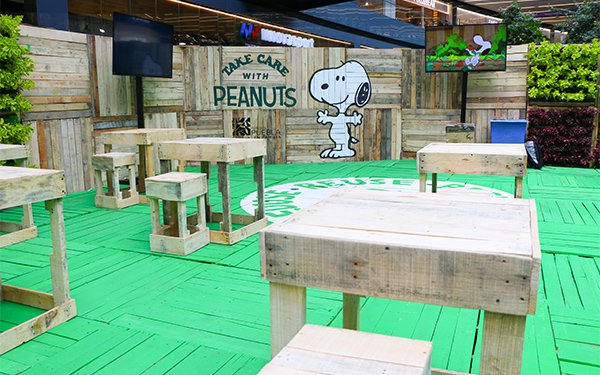 MP: So I have to ask, because our audience is marketers who have all been steeped and raised in digital where everything is quantified, and I'm curious in your business and when you're in the room with prospects, who wants to partner with you, is there a way to quantify the value of the Peanuts association? Everything about marketing now is about research, quantification, show us the numbers and the performance. And I'm curious if that translates at all into your world, and if you have a way of quantifying Peanuts?

Menta: It does, it translates in almost every conversation we have, every day of the week, every minute of the day. Yes, but what's amazing about our social media presence is that we have huge bragging rights, and I think our partners usually look to us, believe it or not. Even with the Peanuts movie, I remember the first trailer came out from 20th Century Fox, and it did really well. But I remember I said to the social media team, next time, let us do it. And they did.
And the engagement was like tenfold compared to what it had been from 20th Century Fox, and you wouldn't necessarily assume that with Peanuts, but it's just, I think, because we really work hard to make it, again going back to the word, genuine. That the engagement on our social media is incredibly powerful, so we might not have as many likes as say our competitor who's a mouse, or our competitor who's a kitty, but the engagements usually outweigh them.

MP: What is your brand recognition among Gen Z?  Do you ever have to answer the question, does this generation really
know and really remember Peanuts?

Menta: No, I never hear that. I really can honestly say if I go into a meeting it's never cynical. It's always - I love peanuts.
It depends on what country you're from on how you remember Peanuts. I remember sitting in a Stockholm meeting with H&M. You can imagine, most people who work at H&M are very young and just them being so excited to meet and talk about Peanuts. Again, I think it's just because Sparky tapped into that human emotion that even if you're a young, hip, cool 20 something year old you still feel connected to Peanuts. And you can see that in a lot of our merchandise. In the past several years we've launched really cool collections with Levi's and Element, and cool fashion brands and really see how well the merchandise sells. It's just incredible.

MP: Who remain the hottest Peanuts characters for licensing?

Menta: I think it's still Snoopy. Again, we're a global business, so if you ask people here in the US, there's a lot of love for all of the characters. In some countries the average consumer will really only resonate with Snoopy and Woodstock. The brand is actually referred to as Snoopy in about 50% of the world. In Sweden the brand is called Snobben, and that's the Swedish version. That's the Swedish word for Snoopy. So if I had to answer that question on a global level, I would say Snoopy, but here in the US there's a Peppermint Patty fan, there's a Schroeder fan, there's a Linus fan. It's kind of all over the place, but Snoopy, Woodstock, and Charlie Brown are probably the top three.