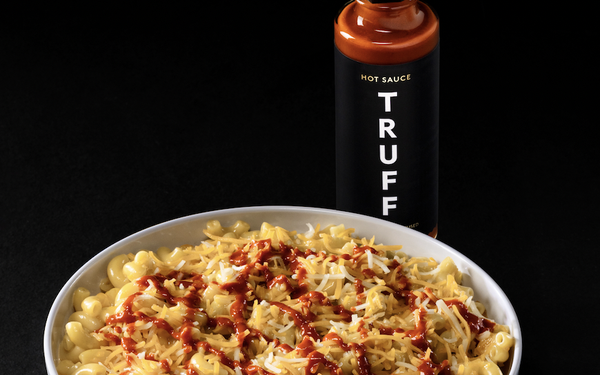 Founded in 1995, fast-casual restaurant chain Noodles & Company has grown to more than 450 locations by specializing in noodles, pasta and other foods infused with culinary flavors from around the world.

Early last month, Noodles entered a partnership with CPG brand Truff, which is known for its spicy mayonnaise and zesty sauces.

It was a national test available only by digital ordering from Noodles, which has flourished despite the lingering effects of the pandemic.

In the quarter ended Sept. 28, Noodles posted a comparable same-store sales increase of 16.3% and a record average-unit volume of $1.3 million. Digital orders accounted for 52% of sales, and the chain’s rewards program approached 4 million members.

In this interview, edited for brevity and clarity, Noodles CMO Stacy Pool talks about the decision to partner with Truff and the potential benefits to both brands from their collaboration.

CPG FYI: How did the partnership with Truff come about?

Pool: We were very particular about the CPG partnership that we would choose. We wanted to be able to leverage our most popular dish—mac and cheese—and what would go well on top of it. We’ve done a lot of testing of different flavors and combinations that our guests like. What it came down to was a hot sauce.

CPG FYI: Couldn’t you have just come up with a hot sauce on your own?

Pool: It was part of our strategy. We felt that a strong CPG partnership—especially with a brand that has a strong social following—was the right play for us. We still have some opportunity to focus on building brand awareness as well as engagement in our social channels.

CPG FYI: Why did you decide to test the combination in all of your locations?

Pool: We wanted to make it consistent and nationwide. It also was a strong reason for Truff to partner with us. We said, let’s make it national so that we both benefit from it.

CPG FYI: Why was it a digital-only activation?

Pool: We have a very strong digital presence and usage. It leads to driving awareness of our rewards program and, specifically, signups.

CPG FYI: How did you generate awareness of the trial?

Pool: We did a lot of communications through email along with paid media and local activations in different markets. Of course, we did social media too. We benefited a lot from an influencer strategy with Truff’s social presence and influencer relationships as well as ours.

CPG FYI: What is a core takeaway from this experiment?

Pool: If someone were to ask me would I do this again and how would I make the decision to do it again, I would say it’s really important to understand the differentiators of your brand.

One of our core differentiators is around innovation and a fresh approach to our food. That was a huge driver of this decision. I don’t think CPG is for everyone—but when it comes to us and our menu, we focus on innovation, expanding our core menu and finding the right partner to do that with us.

Editor's Note: When this interview was conducted, Noodles & Company was nearing the end of its test with Truff. According to a rep for Noodles, now that the test has been completed, the partnership will not continue going forward.