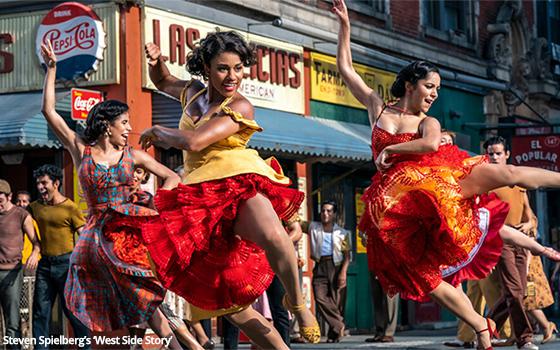 Steven Spielberg’s “West Side Story” opened in theaters with a low-to-modest $10.5 million in box-office receipts, according to Comscore.

Industry analysts were expecting a slightly better $13 million take for the period. Still, Twentieth Century Studios’ “West Side Story” led all films for the weekend in theatrical revenue.

Walt Disney’s “Encanto,” now in its third weekend, was second to the remake of the longtime legendary Broadway musical -- with $9.4 million. The fourth weekend of Sony Pictures’ “Ghostbusters: Afterlife” was at $7.1 million, while MGM/UA’s “House of Gucci” saw $4.1 million and Disney’s “Eternals” landed at $3.1 million.

Among the top 10 revenue-producing movies this past weekend, Sony Pictures’ “Venom: Let There Be Carnage,” now in its 11th week, totaled in $212.1 million in North America billings. Globally, “Venom” has amassed a total of $493.3 million to date.

Twentieth Century Studios spent an estimated $21.5 million in national TV advertising for “West Side Story,” according to iSpot.tv -- taking in 1.2 billion impressions over the entire run of the campaign.

For the most recent week period -- Nov. 28 to Dec. 11 -- movie studios collectively spent an estimated $50.5 million in national TV advertising, pulling in 4.5 billion impressions from 14,189 airings of commercials.

For the two-week period previously -- Nov. 14 through Nov. 27 -- "WSS" came in at an estimated $62.1 million, resulting in 4.9 billion impressions on 14,909 airings, which included the Thanksgiving holiday business.