How Many F-Bombs Can Fit In One PSA? 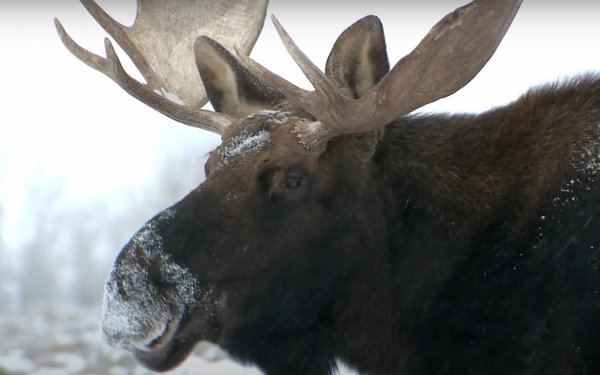 It’s not hard to exasperate a Canadian these days. And a persistent frustration is that the government can’t manage to get fresh water to nearly 70 of its Indigenous communities, despite six years of promises.

So Public, the Toronto social-impact agency, is launching a video with wall-to-wall swearing to bring attention to the issue. All kinds of Canadians, even a moose, express varying levels of f-king incredulity that so little attention has been paid to such a fundamental problem.

“Let’s give a f--k for Indigenous communities,” it ends, asking people to sign a petition at effingwater.ca.

Safe water for First Nations is “an issue that needs our attention and is part of the whole movement around reconciliation,” says Phil Haid, Public’s chief executive officer. The excessive use of the F-word, he says, “is just a way to show disdain for the inaction and make a juxtaposition with the holidays.”

He tells Marketing Daily that the agency decided to focus on the cause for its annual holiday PSA based on a talk by Guy Freedman, chair and founding partner of the First Peoples Group, an Indigenous advisory firm.

“We first got to know First Peoples through an assignment from Hudson’s Bay, and we felt it was so important to work with an Indigenous perspective,” adds Haid.

F-bombs are turning into kind of a thing at Public. Last year, it created #EFF2020, a mental-health awareness PSA, with dozens of people cursing out the year’s worst offenders -- from COVID-19 to toilet paper hoarders to murderous hornets.

That cathartic sendoff generated close to 5 million impressions. While he says there are no precise metrics for the new ad, the agency puts some paid social behind the new effort.

“Of course, we want the effort to raise awareness about the continued lack of water among non-indigenous people,” Haid says. “But we hope it shows Indigenous people that there is support for this issue.”