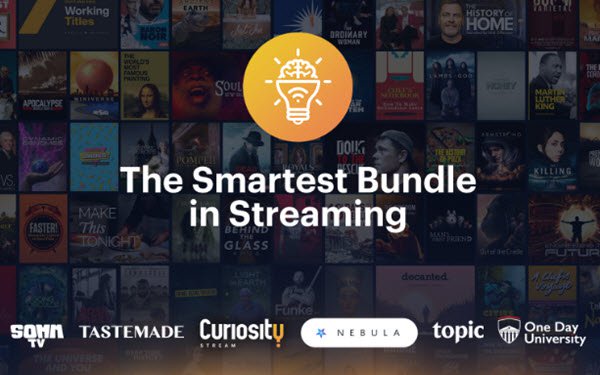 In another example of the trend toward aggregation in the streaming business, Curiosity Stream has launched a “smart bundle” that includes access to five other subscription video-on-demand (SVOD) services.

The premium tier offering, with an annual price of $69.99, includes access to Curiosity Stream’s films, series and shows in 4K, plus access to the Tastemade+, SommTV, Topic, One Day University and Nebula SVODs.

Curiosity Stream, which focuses on original and curated factual films, shows and series covering science, nature, history, technology, society, and lifestyle, says it has about 23 million subscribers across 175 countries.

The service’s content is now available in 11 languages to serve the needs of various markets.