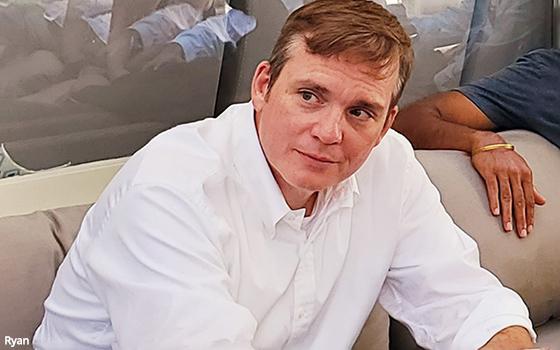 Longtime search marketer Kevin Ryan ran for a seat in the New Jersey Assembly this year as a Republican, but his limited media dollars went mostly to Facebook.

Despite being endorsed by former New Jersey Governor Chris Christie, Ryan had an uphill battle in his run for a seat representing Northern New Jersey’s 27th district in a blue state. Voters decided the outcome on November 2, 2021. Ryan lost the run for the seat — and said Facebook contributed to the outcome.

“Facebook is supposed to be a platform for people to communicate and share ideas, not selectively form opinions based on the political party in which someone belong,” Ryan said. “You spend six months setting up the account, setting up the creative and getting it dialed in. You know what messaging works, and where it works best. Then it’s time to light it up.”

But five days before the election, Facebook disabled Ryan’s fully compliant ads account, just as he needed to ramp up his awareness campaign. The company wanted him to re-verify his identity.

Ryan -- who stopped short of calling the platform biased -- reached out to numerous Facebook employees, including the person spearheading political ads. None responded to tell him the reason why Facebook suspended the ad campaign account, or whether the company identified a problem with social issues.

He had conversations with Facebook tech support, which couldn’t give him a reason why Facebook turned off the political ad account. Tech support told Ryan it would do a “deep dive on this and get back to you within seven to 10 days.”

“I also have an account that runs ads for other companies,” he said. “I just wasn’t allowed to run advertisements for the Kevin Ryan for Assembly page because it’s a political ad. It all happened five days before people were set to vote.”

Ryan pointed to systemic problems at Facebook. A problem was called out by Reuters in March 2021, when the U.S. began investigating Facebook for discrimination in its hiring practices.

Two months later, Ryan still doesn’t know why Facebook suspended his political ad account. He continues to wait for answers that would allow him to fix the issue and become compliant.

“My running mate never got his account verified, so he couldn’t run ads, but the local minority candidate just put stuff on Instagram and called it a day,” he said. “We got 40% of the vote in a district where we were so outnumbered as Republicans that it’s comical.”

Ryan said he ran for a seat in the NJ Assembly to help change the power of the state governor, because re-electing someone to a second term only enables them.

“An emergency doesn’t last for two years,” he said, pointing to New Jersey’s COVID-19 restrictions. “An emergency is when something horrible goes wrong, and you need to make changes quickly.”

Ryan partially attributes Facebook Ads for getting him the most votes of any Republican in the past 40 years in the district in which he ran. Elections occur every two years.

“Part of it was we had a robust digital strategy,” he said. “Facebook shut us down with no explanation at a time when I really needed to ramp up the campaign ads. It was an account that had been compliant at day one, and very successful at running ads.”