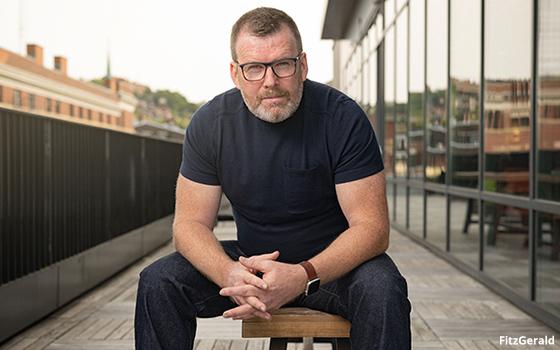 Agency veteran Rob FitzGerald hit the ground running when he joined Empower three-plus years ago as president and Chief Operating Officer, quickly becoming a key player in expanding the agency’s creative and media capabilities and reimagining how Empower could drive results for clients.

Almost immediately upon his arrival, he spearheaded the development of a content studio and the hiring of its creative team.

The 3,500-square-foot state-of-the-art facility transformed the agency’s creative offering, enabling it to produce content nearly as rapidly as the creative team and clients can come up with ideas.

FitzGerald was also a driving force in the development of Empower’s proprietary EMerge platform, a strategic framework for planning, creation and activation that was rolled out during the past year. It was an innovation that in part led to Empower being named MediaPost’s 2021 Creative Agency of the Year.

FitzGerald has also brought a decisive leadership style to the agency that helped it thrive during the COVID-19 pandemic when other shops floundered. In one instance, leadership meant standing up to a client who questioned the agency’s policy mandating vaccinations for all people entering the agency’s offices.

That client is now a former client and the mandate remained in place — part of the agency’s effort to protect its people, their jobs and their health and mental well being.

As the pandemic was quickly spreading last March, FitzGerald told the agency’s staff: “No one will lose their job because of what’s happening in the industry due to the pandemic. Our futures won’t be determined by quarterly financials. You won’t lose sleep over the potential of losing your job... focus on being our clients’ greatest ally.”

True to his word, there were no COVID-related layoffs at the agency, and revenues in both 2020 and 2021 grew double digits.

FitzGerald’s creativity has been felt throughout the agency including its capabilities, talent, culture and branding, leading MediaPost to name him one of its 2021 All-Stars.

It was his idea to start EmpowerU -- a program designed to bring in talent fresh out of school, putting them on a rotational track to learn not only the ins and outs of the agency but to also identify strengths of individuals. Through the program, Empower has hired dozens of new employees. The agency believes the program has helped keep its attrition rate at 10% or lower each year, significantly below the industry average.

FitzGerald makes a dedicated effort to nurture agency culture and amplify the passions of its people.

Case in point: Search Associate Annette Echikunwoke, who trained for the Olympic hammer-throw event with a dream to compete for her native Nigeria in the Tokyo Olympics. When FitzGerald learned she was training, he supported the effort by having the agency both sponsor her travels to the Olympic trials and film her journey for a multi-episode documentary series.

Echikunwoke’s Olympic journey had its ups and downs, but the agency’s support never wavered. FitzGerald also suggested that Empower partner with one of the young woman’s sponsors — the Aruna Project, an athleisure brand dedicated to supporting survivors of human trafficking. “Beyond being important to Annette, the Aruna Project is all about empowering women, helping people find their voice and independence, which directly correlates with Empower’s heritage and brand values,” FitzGerald said.

The series that documented Echikunwoke’s Olympic effort, “Grind Before You Shine,” was named a 2021 Webby Honoree.

On the branding front, FitzGerald repositioned the agency as “The Unholding Company,” a reference to Empower’s independence, suggesting a faster, nimbler and less bureaucratic approach to servicing clients. FitzGerald has plenty of past experience working at holding company shops including stints as president of OMD China and managing director of Initiative’s Tokyo operation. He also held a senior strategy role at the latter in the U.S. in addition to managing one of its U.S. regions for a period of time.

As “The Unholding Company,” Empower describes its mission this way: “To be the agency where clients and employees come to prove there’s a better way to do it.”

FitzGerald’s entire career has been dedicated to agencies, a profession that he loves. “It’s in my DNA,” he says. “I can’t imagine doing anything else.” But he also knows that getting things done in Adland often isn’t easy. As a former amateur boxer, he says, “Sometimes this business can be a punch to the gut, but you just have to keep on swinging.”

Empower CEO Jim Price describes FitzGerald as “more than an all-star -- he is an all-around champion.”

FitzGerald, adds Price, “is the ultimate utility player and knows how to win. He is able to step in on any agency project to change outcomes. His deep global experience in running agencies all around the world has brought Empower the much-needed confidence to continue to prove to the industry that there is a better way to do it.”