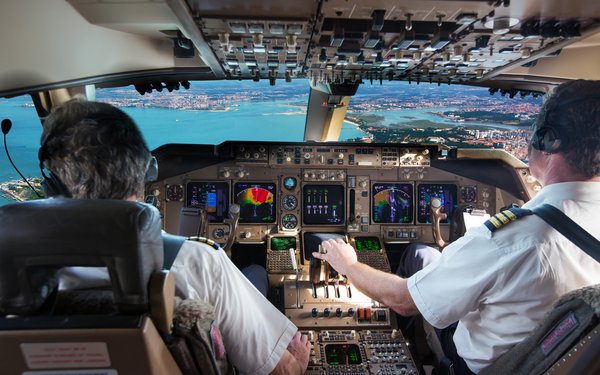 In comments filed with the FCC on Sunday, the Air Line Pilots Association argues that the airline industry, pilots and the public “will all suffer irreparable harm,” unless the rollout is postponed.

Absent action by the FCC or a court, AT&T and Verizon are expected to begin using portions of the “C-Band” for 5G service on Wednesday.

The FCC voted in 2020 to free portions of that spectrum for mobile broadband, and issued rules aimed at preventing interference with aviation equipment.

But two months ago, the Federal Aviation Administration warned that the planned 5G service could potentially affect altimeters -- devices that determine altitude based on radio waves.

Late last week, the airline industry organization Airlines for America filed an “emergency petition” asking the FCC to stay its 2020 order, arguing that use of the C-Band for 5G will “jeopardize the function of critical aircraft safety systems,” resulting in flight diversions and cancellations.

The pilots union is backing that request.

“The margin of safety will be degraded,” the union warns in its Sunday filing. “In addition, carriers, pilots, the traveling public and the American economy, which heavily depends on the air transportation system, particularly during the pandemic, will greatly suffer with numerous flight schedules and travel plans disrupted and irretrievably lost, on a daily basis.”

The wireless industry trade group CTIA urged the FCC to allow the 5G rollout to proceed as planned, arguing that other countries already allow spectrum in the C-Band to be used for mobile broadband.

“There is no evidence to suggest that the U.S. cannot safely deploy 5G in the C-Band, as has already been done internationally,” CTIA wrote in an FCC filing submitted Friday.

The telecoms' rejected that request on Sunday, but offered to alter their use of the C-Band for six months by adopting the same “radio exclusion zones” currently used in France.

“As you know, U.S. aircraft currently fly in and out of France every day with thousands of U.S. passengers and with the full approval of the FAA,”  AT&T Chief Executive Officer John Stankey and Verizon Chief Executive Officer Hans Vestberg said in a letter to Buttigieg and Dickson. “The laws of physics are the same in the United States and France.”