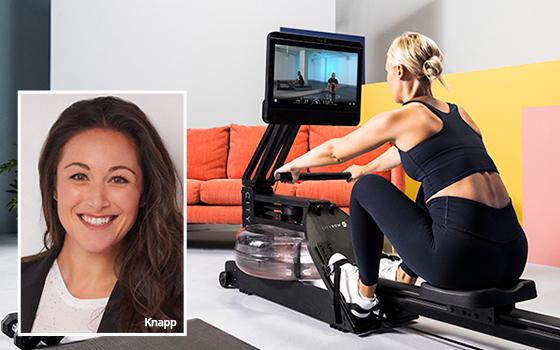 Sure, CityRow has a connected aerobic exerciser with live classes, celebrity trainers and burgeoning media relationships. But don’t mistake it for a Peloton wannabe. Although both companies launched a decade ago, CityRow started as a network of boutique HIIT (High Intensity Interval Training) studios that only started selling connected rowers for home use several years ago.

But for co-founder Helaine Knapp, the growing physical presence is a key brand and marketing special sauce. As she tells Brand Insider this week, that omnichannel “flywheel” drives the two achievement metrics every D2C trains for: cost of acquisition (CAC) and lifetime value (LTV). As Knapp explains it, from lower-key content marketing to laser-focused performance advertising, D2C brand-building is itself a bit of a HIIT exercise routine.

You can listen to the entire podcast at this link.

MediaPost: Explain the evolution of the CityRow brand from boutique workout studio to D2C.

Helaine Knapp: Our standard signature class is only about 50% or 60% rowing. We use it as a vehicle for a HIIT class, lifting weights, doing a lot of bodyweight exercises. We launched the first studio with no branding, did not spend a dollar on marketing, just owned media, word-of-mouth.

It was in early 2016 that we saw some early numbers out of Peloton, saw this at-home market starting to emerge. I could feel people who had been these big boutique fitness consumers, having a life change: getting married, moving out of the city, having a kid, and not wanting to give up this amazing community they've really come to build into their lives.

But let's not let go of the studios. Most people are still working out at a physical location. We are expanding our brick-and-mortar businesses, we are expanding our direct-to-consumer, and we're having a lot of fun getting creative about how do we leverage the fact that we are a truly omnichannel brand.

MP: Peloton is building a media platform out of that connected screen on its equipment. It partners with trainers, music and entertainment brands. Do you see that same potential there?

Knapp: “Content is king.” And I think no one can prove that more so than Netflix. People are realizing that a huge part of building a brand is building content around it for entertainment, for education, for everything that circles around that. So much so, that the first thing we did following a big round of funding this past summer was build a brand new production facility and shift from pretaped on-demand classes to both live and on-demand classes now. So we 10X-ed our content over the past five months. Content is king, so expect a lot more content from us in different ways, outside of just classes. 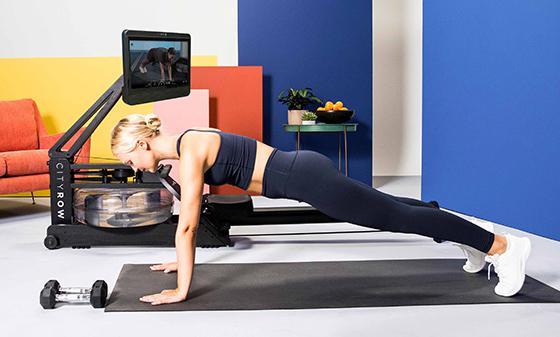 MP: As you look over the last seven years, what have been the chief media channels that you've been using to grow the brand?

Knapp: I have to give a lot of credit to my co-founder Ashley Keith, our chief brand officer. She's the one with the deep marketing expertise. But we are very much millennial founders, and the way that we approach media is that we first and foremost trust people that we know. We trust our friends and our family. And then we're going to trust a complete stranger before we ever trust a brand, which is why reviews work so well.

For a very long time, we have been very organic-media, owned-channel-focused. That naturally transitioned into digital, additional paid media, seeing a lot of success obviously in social and search. Now we're at the point where we're starting to expand into new channels, everything from OTT to Amazon to affiliates, partnerships. PR has always been a cornerstone for us.

MP: Over the last two years, especially during the pandemic, channels like social, OTT, etc. all saw very inflated prices, especially as D2Cs were pumping the digital space. How have you managed ad and marketing costs?

Knapp: I would say over the past two years everything has been incredibly crazy and volatile. In 2020 we actually had to adjust by putting like triple our marketing spend over a couple of months there to make sure we were able to meet that demand. And then, as you know, Peloton’s earnings will tell everyone, markets softened a little bit for the demand for digital fitness coming into Q3 and Q4.

We felt that as well. We're not in the business of spending 15 million to make 10, but we have a little bit of room to play with, given the model that we have: We have a piece of hardware. We have subscription software.

So it's been getting really, really, really granular…understanding our CAC/LTV ratio and where we're going to hit that threshold.

I'm also not afraid to turn it off or turn it down if we feel like it's getting a little bit too crazy, and then regroup. There were some days during holiday this year that it was like, let's just hold. This is inefficient, and I have a responsibility to our board and our shareholders to make those decisions.

I think we know it's only going to get more and more expensive as more and more brands enter the marketplace and try and just copy and paste the playbook of digital marketing.

So for us, that's okay. Let's have digital be a piece of our overall marketing strategy. But how can we make that not 100% and more like 30%, and  add additional alternative channels that play to our strengths that can complement and supplement it?  Just to rely on digital, I think you’re setting yourself up to fail.

MP: So what are some of those other channels that you've been moving some money and attention to because they're more efficient?

Knapp: Affiliate, sales partnerships, experiential, especially as the world starts to open up. We’re planning to do a lot more bringing people together around physical experiences. Nothing drives that emotional connection like touching and feeling the brand.

And so it's one thing to have studios where people can go and actually engage, take a class, meet the instructor, ask questions. Expect a lot of events from us as we integrate both the at-home experience with the in-studio communities.

Also, influencers play hand in hand with that. More traditional affiliate channels as well. And anywhere we can have really strong win-win partnership with a like-minded brand, we're very excited about that for 2022.

MP: On the omnichannel front, how are you leveraging the studio piece? How do digital and retail make one and one equal three?

But that intersection in the middle really is growing, and so we see it working in a couple of different ways.

Let's first take the digital at-home consumer. So we as a hardware and software brand have a couple of KPIs we like to look at. Obviously, our CAC/LTV ratio as a subscription business is incredibly important. We have a very, very, good retention right now as a business. So if I can take a digital consumer that's been engaging on their own and drive them into studio and take a class and meet an instructor and meet other like-minded people, that deepens their emotional connection with the brand.

By having them go and take a physical class in person, it's going to increase their retention. And then hopefully they'll also drive down their cost if one day they moved to an area where there is a studio really convenient for them and they're comfortable, they'll become probably the most loyal customer any studio can ever imagine.

And then as people cycle through physical gyms and move, or I had a baby and can no longer be there anymore, how can I still be a part of this? Making the opportunity for them to engage at home and transact and purchase the rower is going to be really easy for them, and they're already in love with the brand. And so that's how we think about it: How do we drive down CAC in all channels and increase LTV both in our studios and also for our digital-at-home subscribers.

MP: It sounds as if you've got a pretty firm sense of your customer profiles. Where do you get that from? Tell us about using Facebook as a research device.

Knapp: I grew up in tech for a long time. When someone's already built community, you gotta be really careful where you try and copy and build your own. Pretty early on, there was a fan-created Facebook group for CITY ROW enthusiasts, both digital, as well as studio. And so we reached out to our client, like, hey, this is awesome, how can we be helpful?

And now we actually use it as a channel to share what's going on almost like another element of our owned media. Like, hey guys, the New Year's challenge started, are you aware? We have a new referrals program, sign up to get a sweatshirt here by posting a selfie.

It's actually been a really cool channel, and people are constantly posting their stats, their badges. Now that we have live classes, about 10 minutes after every live class, you'll just see like a fluttering of people’s selfies, their times, and the instructors are in there engaging. So basically, whenever I'm feeling a little sad or down, I just go in there, and I'm like, this is amazing!