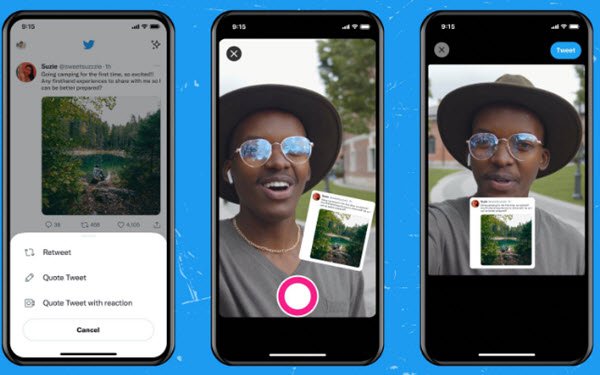 In its latest effort to better compete with TikTok and Instagram Stories by offering more visual, customized engagement modes, Twitter has launched a live test on iOS of a new custom video/photo reply option.

The feature repurposes elements from Fleets — Twitter’s would-be competitor to Stories that was discontinued last July after only six weeks of testing.

In December, Twitter also began limited tests of an updated text editor that allows for more customization and creativity in creating tweets.

Twitter reported 211 million monetizable daily active users (mDAUs) as of October — up 13% year over year, but representing a fraction of TikTok’s user base, which is on track to reach 1.5 billion this year.

Last February, Twitter declared its intention to reach 315 million by Q4 2023 —which would require a 20% compound annual growth rate from the 152 million mDAU it reported in Q4 2019.