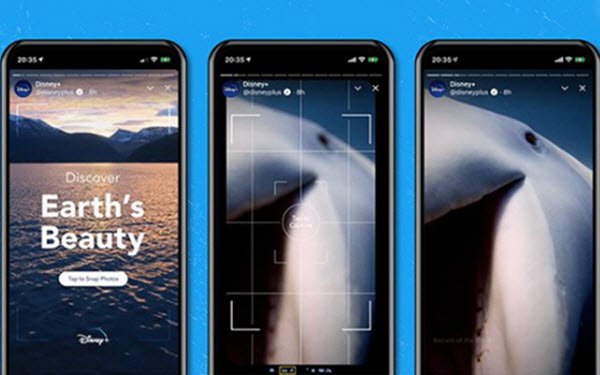 Twitter, which only six weeks ago began testing full-screen vertical ads within Fleets — tweets that auto-delete after 24 hours — has suddenly announced that it’s dropping the format as of Aug. 3.

Fleets, meant to compete with Facebook’s Instagram Stories, was tested in Brazil, India and South Korea before being rolled out last November.

But on Wednesday, Twitter acknowledged that Fleets, which were supposed to appeal to users concerned about permanent, public tweets, had failed to generate sufficient numbers of new users.

Kayvon Beykpour, Twitter’s head of consumer product, tweeted: “We weren’t seeing the impact we’d like to see from a big bet [on Fleets], so we’re going to pivot our focus elsewhere.”

Twitter's corporate account added a tongue-in-cheek semi-apology in announcing the end of the format: "We're sorry or you're welcome."

In early June, Twitter began testing full-screen vertical ads (shown above) in Fleets, with Wendy’s, Disney+ and others participating in the pilot.

At the time, Twitter said that if the test went well, it might introduce the full-screen ad format elsewhere on the platform.

If the ads test has also been disappointing, we may never know. No mention of that test was made in the announcement of Fleets’ demise.