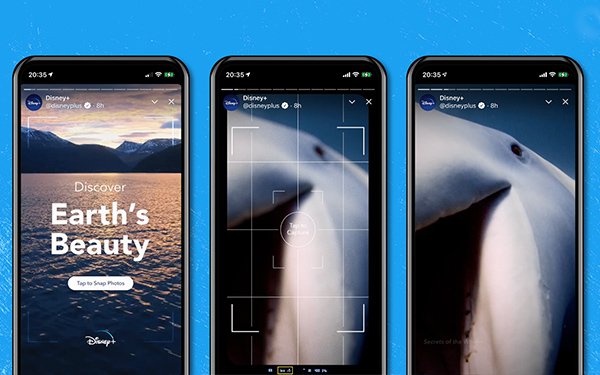 The company touts Fleets ads as a way for brands to be creative and reach readers in the moment. They might want to “go behind the scenes, have a creator take over your account, or share a hot take” on a specific subject, the company wrote in a blog post.

Twitter describes the ads as “full-screen billboards” that appear between Fleets, which are Twitter-content posts that disappears after 24 hours.

The ads will become available to a handful of advertisers and visible for a small group of U.S. Twitter users. If the test goes well, Twitter said it may introduce the full-screen ad format elsewhere on the platform.

Wendy’s is participating in the pilot, along with Disney+ and several other companies.

Twitter also recently added stickers for conversations in Fleets. Users can add GIFs and Twemojis to a Fleet by tapping the icon, which is available on Android and iOS

The idea behind Fleets is to share fleeting or transitory thoughts, but that’s not what Twitter expects from the brands that use its platform. As Twitter reinvents itself, Fleets ads isn’t the only new product the company has launched in the past few months. In March, Twitter began experimenting with Shoppable Tweets. It’s a “Twitter Card” the company’s testing for tweets that contain a link to product pages on a shop's website. The card shows product, shop, price, and a shop button.

The subscription plan would be one way that Twitter could earn more from the 199 million users in the March 2021 quarter when it reported revenue of $1.04 billion, up 28% from $808 million the year prior.