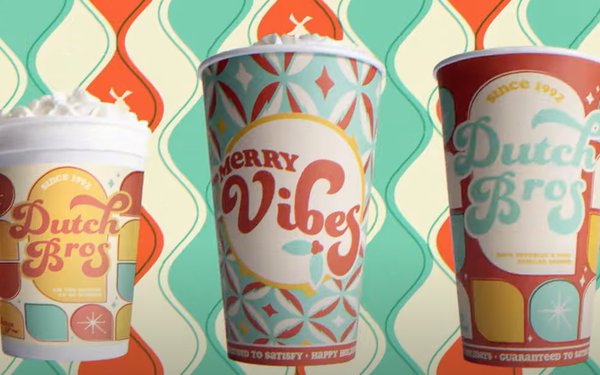 As drive-through, beverage-only chain Dutch Bros Inc. pushes eastward from its Oregon roots, it’s counting on a new loyalty program and the introduction of loyalty-app ordering to fuel expansion from 538 locations to 4,500.

Founded in 1992 by two brothers selling expresso from a pushcart, Dutch Bros raised $556 million last September in an initial public offering to help fund its growth plan for the next 10 to 15 years.

In a virtual presentation today during the annual ICR Conference, Dutch Bros executives said loyalty members represent about 60% of sales.

Asked why the company revised the expiration of loyalty points from a year to six months, Jemley added, “Three months would be too soon, 12 months doesn’t create that urgency. Six months kind of is a nice sweet spot that people will understand and appreciate.”

On a conference call with financial analysts in November, CEO and president Joth Ricci said Dutch Bros was working on facilitating ordering via the loyalty app.

“I think we will be able to talk about maybe in the next 90 days to 180 days with more specifics around it,” said Ricci.

Dutch Bros’ business model is to operate small units with single or double drive-through lanes without indoor dining space. There are 31 locations with walk-in areas--most of them without seating--and four coffee houses with seating.

In a research report following the company’s IPO, investment firm Cowen was positive about the chain’s long-term, eastward expansion “across the Sunbelt/Ozarks/ lower Appalachia” in part because that region’s “dense concentration of Sonic Drive-In's demonstrates the propensity for beverages with a high sugar content.”

Cowen also was bullish because “the margin profile of the business is aided by the lack of food sales, with no plans to add lower margin and potentially operationally complex food.”

Dutch Bros prides itself on spending very little on advertising—just 4% of revenue in 2020—preferring to rely on word-of-mouth awareness.

“In a 2020 internal quantitative research study survey, 77% of respondents in our existing markets were aware of Dutch Bros,” the company said in the IPO document.

A YouTube video posted yesterday tells the story about a bond between a company employee and a regular customer so strong, the employee waited with the customer at the hospital while his daughter was born.