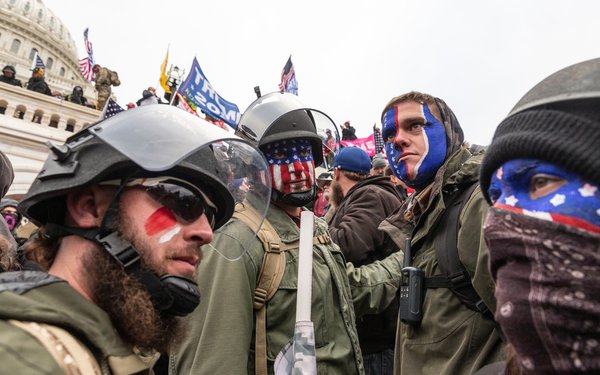 Federal lawmakers investigating the January 6 attack on the Capitol are demanding that Alphabet, Meta, Twitter and Reddit produce documents regarding their editorial policies.

“Two key questions for the Select Committee are how the spread of misinformation and violent extremism contributed to the violent attack on our democracy, and what steps -- if any -- social media companies took to prevent their platforms from being breeding grounds for radicalizing people to violence,” committee Chairman Bennie Thompson (D-Mississippi) stated Thursday. “It’s disappointing that after months of engagement, we still do not have the documents and information necessary to answer those basic questions.”

The subpoenas come nearly five months after the committee first requested information from those companies and others -- including Snapchat, Telegram, Parler and Tik-Tok.

The committee also released letters from Thompson to the CEOs of Twitter, Reddit, Google-parent Alphabet and Facebook-parent Meta.

Twitter, Facebook and Google banned Trump soon after his supporters stormed the Capitol in an effort to prevent the Senate from certifying President Joe Biden's victory in the last election.

Thompson's letter to Alphabet CEO Sundar Pichai says the company “has not produced any documents that fully explain non-public moderation discussions and policies that led to President Trump’s suspension or that explain whether or why the platform did or did not act regarding President Trump’s account in advance of January 6th.”

That letter also says the committee believes Google has not yet revealed how it “developed, implemented, and reviewed its content moderation, algorithmic promotion, demonetization, and other policies that may have affected the January 6, 2021 events.”

Thompson added that former Trump adviser Steve Bannon live-streamed his podcast on YouTube on the days surrounding January 6th, and also posted streams of the attack in real-time.

The letter to Meta CEO Mark Zuckerberg says Facebook “failed to provide critical internal and external analyses” regarding lies related to the 2020 election, efforts to overturn it, and attempts by “domestic violent extremists” to affect the election.

Unlike Democrats, who suggest the tech platforms should have done more to stem the spread of misinformation about the election, Paxton has criticized the companies for allegedly suppressing speech.

Soon after the companies suspended Trump, Paxton tweeted: “Big Tech hates free speech. As we enter the Biden era, they stand ready/willing to be the left’s Chinese-style thought police. As AG, I will fight them with all I’ve got.”

Twitter sued to halt the investigation, arguing that Paxton's probe into a private company's editorial policies violates the First Amendment. The company sought a court order barring Paxton from carrying out the probe, and a declaratory judgment that the investigation was unconstitutional.

A district court judge dismissed the lawsuit as premature, given that Paxton had not attempted to enforce the subpoena. Twitter appealed that ruling to the 9th Circuit Court of Appeals, which has not yet issued a decision.

It's not yet clear whether any of the tech companies receiving subpoenas plan to fight them -- but they may have grounds to do so.

“Paxton’s investigation of Twitter ... shows the censorship potential of editorial transparency,” he writes. “Through actual or threatened enforcement, regulators can influence what content Internet services publish -- and punish Internet services for making editorial decisions the regulators disagree with.”

Goldman told MediaPost Thursday that the January 6th committee's subpoena to tech companies is problematic for the same reason as Paxton's investigation.

“Subpoenas can be weaponized for censorship purposes,” he says.