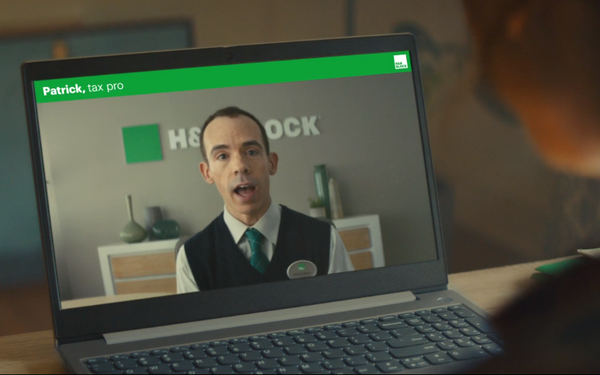 Under the tagline “Help is Here,” Carmichael Lynch has unveiled six new commercials that will run through April.

One ad shows a woman going to the bathroom but realizing that there is an empty roll of toilet paper. Then she gets a fresh roll from someone in the toilet next to her. “You know that feeling when you get something you need, right when you need it,” a voiceover states.

The ad then mentions an advance loan of up to $3,500 on your tax return.

Another ad shows a woman trying to put something together using an Ikea-esque catalog. “Doing things yourself is great,” a voiceover states, “but sometimes you need a little help.” That ad then shows a man trying to fix a sink with the wrong-sized wrench. Then a man hands him the right wrench. “So go ahead, ask for a little help. Or a lot.”

The ads are meant to address the 95% of people who would rather outsource their tax preparation than do it themselves, and also promote H&R Block’s online support.

The campaign showcases moments in life when it pays to have help from an experienced professional. The ads demonstrate H&R Block's various degrees of help, including doing your taxes yourself with the company’s online support, to dropping them off at an H&R Block office, to working with a tax pro virtually, or some combination.