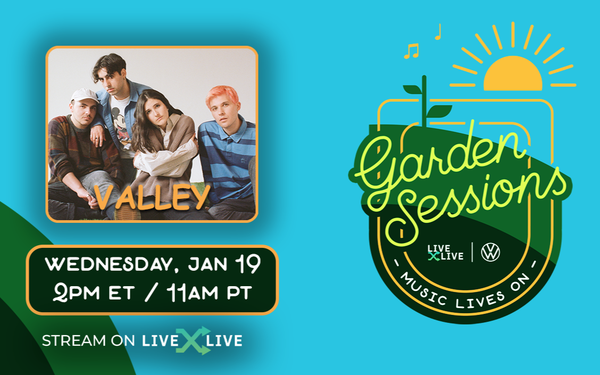 Volkswagen of America is the exclusive sponsor of a new music series on LiveOne, a music, entertainment and technology platform.

“Music Lives On: Garden Sessions,” premieres Wednesday and will run through March 9. It aims to tap into the theme of the automaker's campaign for the VW Taos compact crossover, which focuses on the ways people celebrate joyful moments.

The eight-episode series features intimate live performances from emerging artists and interviews that delve into what makes them happy, such as baking, painting and surfing.

The VW Taos is showcased throughout the series by shooting talent with the car at the venue -- Big Red Sun garden shop in Venice, California -- and then heading out on location to film in places the artists speak about that bring them joy.

The partnership is a great fit on both a brand and product level, said Kimberley Gardiner, senior vice president, Volkswagen brand marketing. One of the core features of the all-new Taos is the built-in Beats Audio sound system, especially tailored to music fans.

The primary target for the campaign is young professionals (under age 30) looking for their first car. They have likely owned “used” and are new to “new” vehicles, according to the company.  The target is into genres of music and has a passion for going to live concerts and music festivals.

“Needless to say, these last couple of years have been tough for our audience, so we thought there was a great opportunity to satisfy their thirst for live music in a fun and unique way,” Gardiner tells Marketing Daily.

Music connects with the hearts and minds of fans and is a passion point for people of all ages and demographics, says LiveOne CMO Jackie Stone. The company has worked with brands across many categories including auto, tech, telco, apparel, finance, CPG, travel and healthcare.

“Our research shows that 59% of fans would view a brand more favorably if they found a way to support artists in the live streaming space,” Stone says.