Amazon's Poignant Depiction Of Autism Is Something New 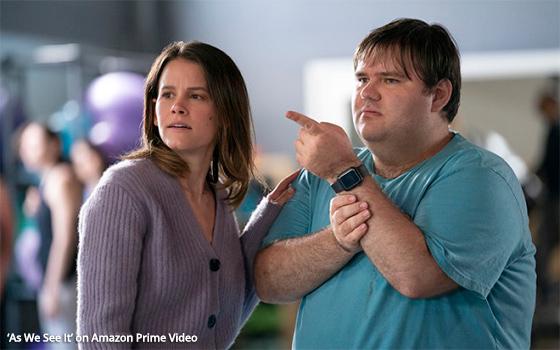 The pilot episode of a new Amazon Prime show about a group of autistic adults is pure magic from start to finish.

The show is called “As We See It.” Premiering Friday, it is a half-hour scripted show shepherded from creation to completion by Jason Katims.

He is the writer and producer responsible for creating shows such as “Friday Night Lights,” “Parenthood,” “Roswell” and others.

His name appears three times in the end credits of the pilot episode of “As We See It” -- “Developed By,” “Teleplay By” and “Executive Producer.”

With “As We See It,” he has taken on a subject that by all appearances must be a tough one to tackle. The view from here is that he has succeeded, presumably with support from a team of capable producers, writers and directors who helped bring this thing together.

Last but definitely not least is the show’s cast who were responsible for making the show’s storyline and its characters come to life.

The show is about the lives of three young adults who live together in a group apartment supervised by a therapist/counselor.

All three are on the autism spectrum. Very generally speaking, their issues are mainly acute social ones.

These issues are so serious that interactions with the outside world that most of us take for granted represent challenges for them that are insurmountable more often than not.

The show depicts the three with great affection, but also acknowledges that the responsibility for managing them can take a toll on their caregivers.

In the show, the two principal caregivers are the aforementioned counselor, Mandy (Sosie Bacon), and Van (Chris Pang), brother of one of the three, Violet (Sue Ann Pien).

The other two residents of this group home are Jack (Rich Glassman), said to be a tech genius who fixates on gadgets, and Harrison (Albert Rutecki), who is more comfortable staying inside watching TV game shows than venturing outdoors (yes, I know -- shades of Raymond Babbitt in “Rain Man”).

Rutecki is pictured above along with Sosie Bacon, who is the 29-year-old daughter of Kevin Bacon and wife Kyra Sedgwick. Also in the show’s cast: Joe Mantegna, as the father of Jack.

So far, this TV Blog has steered clear of labeling this show as either a comedy or a drama. Its half-hour length usually says “comedy” to most, but “As We See It” fits in neither category.

Perhaps it fits more comfortably in the space between comedy and drama for which no suitable word has ever been coined. The show is light-hearted in spots, and dramatic in others.

The show is a pleasure to watch -- poignant, thoughtful, heartfelt and best of all, human.

“As We See It” starts streaming on Friday (January 21) on Amazon Prime Video.