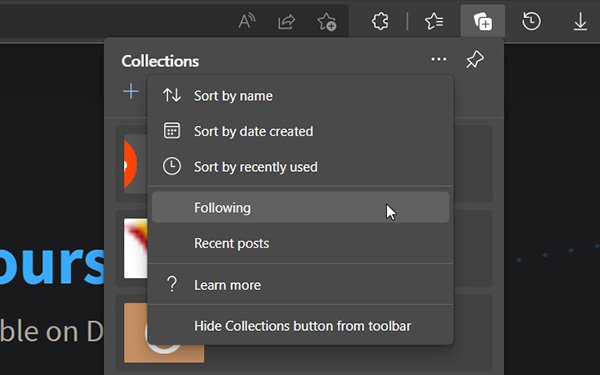 Microsoft began testing deeper integration with YouTube in its latest version of its Edge browser, Canary. The feature lets users follow their favorite content creators on YouTube. The test is only available to a limited number of people testing Edge Canary.

One media outlet called the feature a “modern RSS feed.” The Microsoft Edge followable web feature looks similar to Google’s experimental feature in Chrome announced in May 2021, per the report, which lets people follow blogs and enables creators to get the latest content when it’s published. It’s an extension of RSS inside Chrome, and it includes a follow button.

At the time, Google said some Android users in the U.S. will see it in Chrome Canary.

When websites publish content, users can see updates from sites they have followed in a new Following section on the New Tab page.

Reddit user u/Leopeva64-2 identified in March the Follow feature in Edge, but said Microsoft quickly removed it. Now the feature is back and enabled by default.

In Edge, users can check the list of creators they follow or their most recent posts by clicking the corresponding button in the ellipsis menu. The feature is part of the Controlled rollouts from Microsoft.