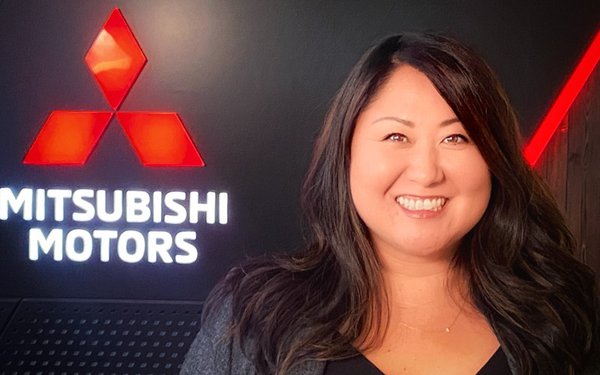 Ito, who has been with the company for six years, is now director of marketing. She was most recently senior manager, marketing communications.

Mitsubishi has been without a CMO since November 2020, when Kimberley Gardiner left the company to become senior vice president, VW marketing at Volkswagen of America, Inc. Ito assumes Gardiner’s previous duties and will continue to report to Mark Chaffin, chief operating officer, per a company spokesperson.

The native Californian describes her management style on her LinkedIn page as “empathetic, supportive and motivating” and says she is a “strong believer in radical candor.”

Most recently, she oversaw Mitsubishi marketing communications for national/Tier 1 efforts including brand and media strategy, advertising and interactive. She now takes on full responsibility for all marketing communications activities for MMNA in the United States, including print and digital advertising, creative development and deployment, strategic short- and long-range planning and integration of global marketing messages for the brand’s U.S. market.

In October, Ito led the campaign launch for the company’s flagship vehicle, the 2022 Mitsubishi Outlander.

Previously, Ito led the first-ever car reveal on Amazon Live with the world premiere of the 2022 Outlander, surpassing viewership Key Performance Indicators by 110% within hours of the reveal, according to the company.

Before coming to Mitsubishi, Ito spent four years at Qantas Airways and Tourism Australia. Before moving to the client side, she was an analytics manager at OIC Agency in Los Angeles, and a media planner at SaatchI & Saatchi working on the Toyota account.