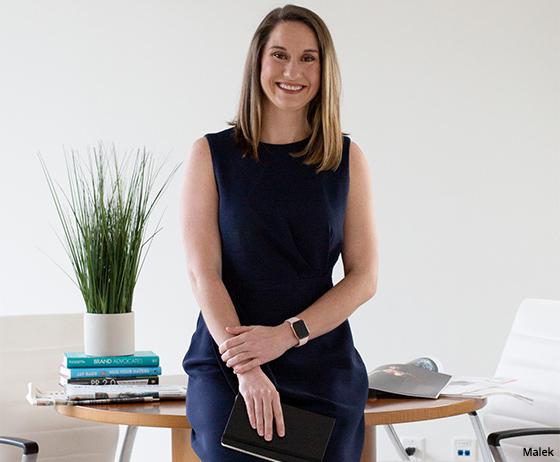 Stagwell Inc., has merged two agencies within its Stagwell Media Network -- MMI and Media Kitchen -- under the MMI brand.

The company said the combination follows five years of growth at MMI, driven in part by an expanded partnership with a leading CPG manufacturer, and further diversification of its Amazon work.

MMI CEO Maggie Malek will head the combined organization. She is credited with being a key architect of the company’s growth. She has been with the agency for 11 years, rising from an account executive to the role of CEO two years ago.

Prior to her promotion, she created the agency's social and influencer practices and led the strategy team.

Barry Lowenthal, who led Media Kitchen as CEO, has left the company. Stagwell issued a confirming statement: “Barry has been working behind the scenes with our combined leadership team to ensure a seamless transition. We appreciate his support in that endeavor and, as of January 14, he has moved on.”

The combined agency includes 130 employees from MMI and 45 from Media Kitchen. Clients include Amazon, Gillette, Loews Hotels, Olay, Pantene, and Waste Management. Office locations for the agency remain unchanged, with strongholds in New York and Houston and outposts in Cincinnati, Washington DC, Minneapolis, Toronto, and Montreal.

"Media Kitchen's ability to design and implement transformational media strategies perfectly complements MMI's nimble brand creativity and innovation services. Combined, they offer a future-facing answer for modern marketeers looking for joined-up insight, ideas, and connections that drive growth," said James Townsend, Global CEO of the Stagwell Media Network. "This is about creating opportunities for our people to learn, collaborate and express themselves, and help offer clients more capabilities in one dynamic agency."

For Stagwell, the move is the latest in a series of internal combinations since Stagwell merged with MDC Partners last year. In December two MDC agencies, Union and 6Degrees merged to form commerce agency DonerNorth based in Toronto. In September media agency Assembly merged with ForwardPMX, retaining the Assembly name. Townsend now also leads Assembly.