CBD & THC In Beverages: A Marathon, Not A Sprint 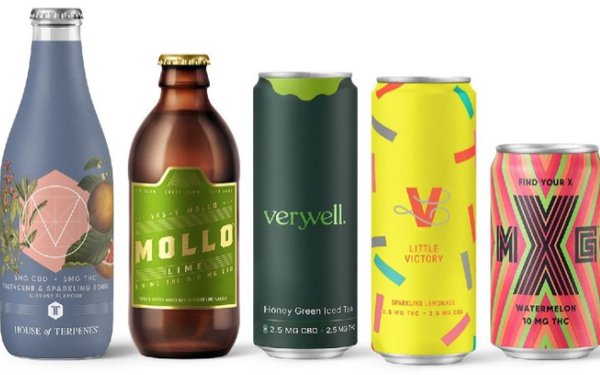 Image above: Beverages containing CBD and/or THC from the Truss Beverage Co. joint venture between Hexo Corp. and Molson Coors

Future CPG historians may well look back on it as the Liquid Gold Marathon—as opposed to Rush.

That’s because while everyone eventually expects CBD and THC to become commonplace in beverages, the finish line is well beyond the horizon.

Last summer 29% of CBD consumers drank it in beverages, according to a HighYield Insights survey of more than 35,000 U.S. adults.

Among those who drank CBD, 62% were Gen Z or millennials, while 33% had household income exceeding $100,000. Most respondents (60%) had taken to CBD since the initial outbreak of COVID-19.

Anyone familiar with the CBD space will agree there are far more brands across edibles and topicals than can ever survive. Massive consolidation is inevitable. Existing brands have mostly emerged from small, mostly unknown companies.

Given the lack of guidance—and yes, legality—from the U.S. Food and Drug Administration about the inclusion of CBD in beverages, major CPG companies are mostly watching from the sidelines.

In addition, there’s no indication that the federal government is anywhere close to decriminalizing and legalizing cannabis.

“Federal guidelines are still—laughably but sadly—archaic when it comes to THC and murky at best on CBD,” Ryan Goldstein, founder and CEO of New York-based agency A.P. Keaton, which represents several cannabis clients, tells CPG:FYI.

“Consumer education is a big one. In California, people are practically born with an understanding of CBD and THC. But for a lot of people in other states, those are just trios of letters that mean weed.”

This is not to say that beverage Goliaths have been idle—although size doesn’t necessarily matter in the current environment.

A case in point is AB InBev, which without much fanfare announced in 2018 that it had cut a deal with Tilray Inc. in which both companies would invest $50 million in the Fluent Beverage Co. joint venture focused on the Canadian market. Tilray—which recently renamed itself Tilray Brands Inc.—is based in New York but does most of its business in Canada, where it is the leading cannabis company.

At the time, many observers believed that Fluent would eventually expand to the United States.

But on Jan. 10, as first reported by Just Drinks, it became known that AB InBev and Tilray had quietly concluded a 50-50 joint venture.

Meanwhile, Tilray is hardly sitting on its hemp when it comes to U.S. expansion and has continued to scoop up craft beer and liquor companies.

It’s a silver lining of sorts for craft beer brands that have managed to survive as the oversaturated industry has shrunk to a shadow of its former self compared to just five years ago. Innovation that once flowed into craft beer is now being directed at products like hard seltzer, ready-to-drink cocktails and “better for you” beverages—some of the latter containing CBD.

Companies like Tilray see opportunity in acquiring known brands along with their bottling and distribution infrastructures. The most significant was Atlanta-based SweetWater Brewing Co., which Tilray picked up in its 2021 merger with Aphria Inc.

Last month, Tilray bought California-based Alpine Beer and Green Flash Brewing—both companies’ assets having been purchased by WC IPA in a 2018 foreclosure sale. In a separate transaction, Tilray picked up Colorado’s Breckenridge Distillery, which is known for its blended bourbon whiskey.

It’s no coincidence that California and Colorado are two of the more mature legal, recreational marijuana states.

Launched in Colorado in 2020, Truss’ Veryvell line of hemp-derived CBD and adaptogen beverages is now available in 17 states.