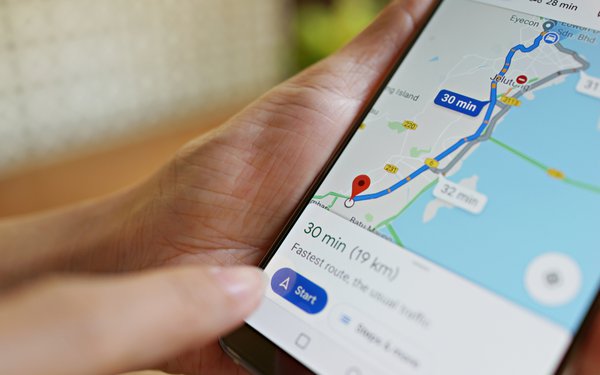 Google duped consumers about its practices regarding the collection and use of location data, attorneys general in Washington D.C., Texas, Washington state and Indiana alleged in new lawsuits filed Monday.

“Since at least 2014, Google has deceived consumers regarding how their location is tracked and used by the Company and consumers’ ability to protect their privacy by stopping this tracking,” Washington, D.C. Attorney General Karl Racine alleges in a complaint filed Monday in District of Columbia Superior Court.

“Google leads consumers to believe that consumers are in control of whether Google collects and retains information about their location and how that information is used. In reality, consumers who use Google products cannot prevent Google from collecting, storing, and profiting from their location,” Racine adds in a 43-page complaint.

Attorneys general in Texas, Indiana and Washington filed similar cases in their states on Monday.

Google spokesperson José Castañeda says the attorneys general cases are “based on inaccurate claims and outdated assertions about our settings.”

He adds: “We have always built privacy features into our products and provided robust controls for location data. We will vigorously defend ourselves and set the record straight.”

The new lawsuits are similar to a 2020 case brought in Arizona state court by Attorney General Mark Brnovich, as well as to a consumer class-action pending in front of U.S. District Court Judge Edward J. Davila in San Jose, California.

Many of the allegations in Monday's cases stem from a 2018 Associated Press report that Google stores location data gleaned from some services, including search and maps, even when users have attempted to prevent the data collection.

The AP specifically reported that even when the "Location History" setting is turned off, Google collects and stores some location data unless people turn off a separate setting -- "Web and App Activity." After that report came out, Google revised a “help” page by adding language informing people that turning off Location History doesn't affect other location services, and that some location data may still be saved.

Racine alleges that, after learning of the AP report, the District of Columbia began investigating Google's location tracking practices.

That probe “revealed that Google also offers other settings that purport to give consumers control over the location data Google collects and uses,” the complaint alleges.

“Google’s misleading, ambiguous, and incomplete descriptions of these settings all but guarantee that consumers will not understand when their location is collected and retained by Google or for what purposes,” the Washington, D.C. complaint continues. “And, in reality, regardless of the settings they select, consumers who use Google products have no option but to allow the company to collect, store, and use their location.”

Racine goes into detail about several different Google settings -- including ones for location history, web and app activity, and ad personalization. All of those settings allegedly mislead users in various ways, according to the complaint.

For instance, according to the complaint, from 2014 to 2019 Google told Android users that if they enabled “location history” -- which is presented as an opt-in setting -- Google would save their locations.

That representation was deceptive, according to Racine, because it omitted that Google “collected and saved users’ location data when using Google products whether or not the user enabled location history.”

He adds that even with location history set to off, Google allegedly collects and stores some location data through a separate “web and app activity” setting.

Another allegation relates to the company's ad settings, which allow users to opt out of receiving personalized ads.

“This setting only provides an illusion of control,” Racine writes. “In reality, Google continues to target ads based on a user’s location -- both on and off Google products -- even if the user opts out of ads personalization.”

In recent years, Google has revised several privacy settings. Among other changes, in 2019 Google launched “incognito mode” for Google Aps, which allows people to get directions without saving the data to their Google Accounts.

The company also recently changed the way its search function gathers location data, so that it only estimates the users' general geographic area, instead of storing precise locations.