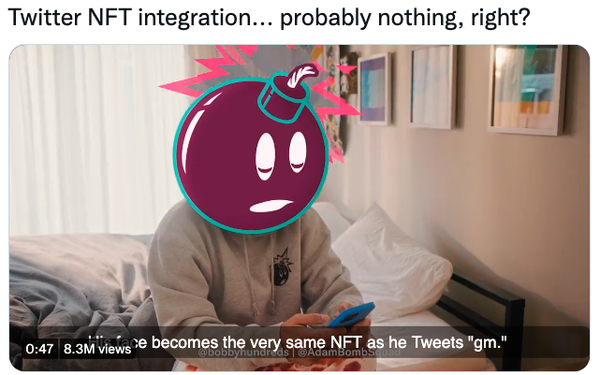 Twitter is the first social platform to have integrated NFTs seamlessly into user profiles.

In September, it announced its own NFT collection as well as the integration of NFT avatars that became fully supported on Monday of this week. Now, thousands of those circular profile pictures have become hexagons in support of NFTs.

This new feature, however, is only accessible to users of Twitter Blue, the platform’s new premium service. When users click on these hexagonal profiles, they will pull up a page displaying the user’s blockchain address and creator identity.

Meta, so-called leader of the metaverse, was the first company to announce plans surrounding this integration trend. Last June, it reported that Meta-owned Instagram would begin initial testing of a new “Collectibles” option, which would facilitate the display of NFTs in the app.

On Thursday of last week, Meta announced plans not only to follow Twitter’s NFT avatar user profiles, but to add further utility to the concept on platforms Facebook and Instagram.

According to the Financial Times, what Meta envisions is a “prototype to help users create –– or mint –– the collectible tokens,” including “a marketplace for users to buy and sell NFTs.”

This shouldn’t be a surprise to anyone familiar with Meta’s antics. The social media conglomerate is planning to do what it does best: copy and recreate anything and everything deemed successful on social media for its own use.

YouTube, it seems, is also trying to break into the NFT space. The company’s CEO, Susan Wojcicki, published a letter today suggesting NFTs as a potential future source of revenue for creators on the platform.

Already, creators have sold NFTs of their own viral YouTube videos, including the “Charlie Bit Me” NFT, which sold for $761,000, and “David After Dentist,” which sold for $11,000.

Wojcicki cited Web3 “as a source of inspiration” -- although it’s still unclear how exactly YouTube will plunge into the NFT space.

Who knows what it will do as NFTs expand out of the art world, specifically into other virtual and real-life realms, where tokens are valued as tickets into exclusive events, or limited-edition wearables. At this stage, the possibilities are endless.

A Washington Post article cited social platforms’ recent adoption of NFTs as a means to add yet another new form of validation for their users. Likes and favorites have always been used to measure importance and status. “These new digital status symbols let people affirm and display their membership in identity groups and their place in social hierarchies,” the article states.

This is a difficult point to argue with, as high-profile NFTs are being bought up by top-tier celebrities including Eminem, Snoop Dogg, Reese Witherspoon, and Paris Hilton –– the list goes on and on, not even including the millionaire-investors who are leveraging their own Bored Ape or Crypto Punk Twitter hexagons as symbols of their business-savvy outlook.

Social giants’ adoption of NFTs (and cryptocurrencies in general) matter mostly because of their unprecedented reach on consumers. Crypto assets will likely become much more significant with the support of these platforms.

What’s hard to say is whether this convergence of social and crypto will be a trend at all. Once it fully arrives, it’s difficult to imagine it fading fast (although many of the “next big things” often do).

Will this merger make a positive impact on the future of Web3 -- or will it simply continue to manipulate users with validation while pushing the importance society places on symbols of status? It’s still hard to tell. 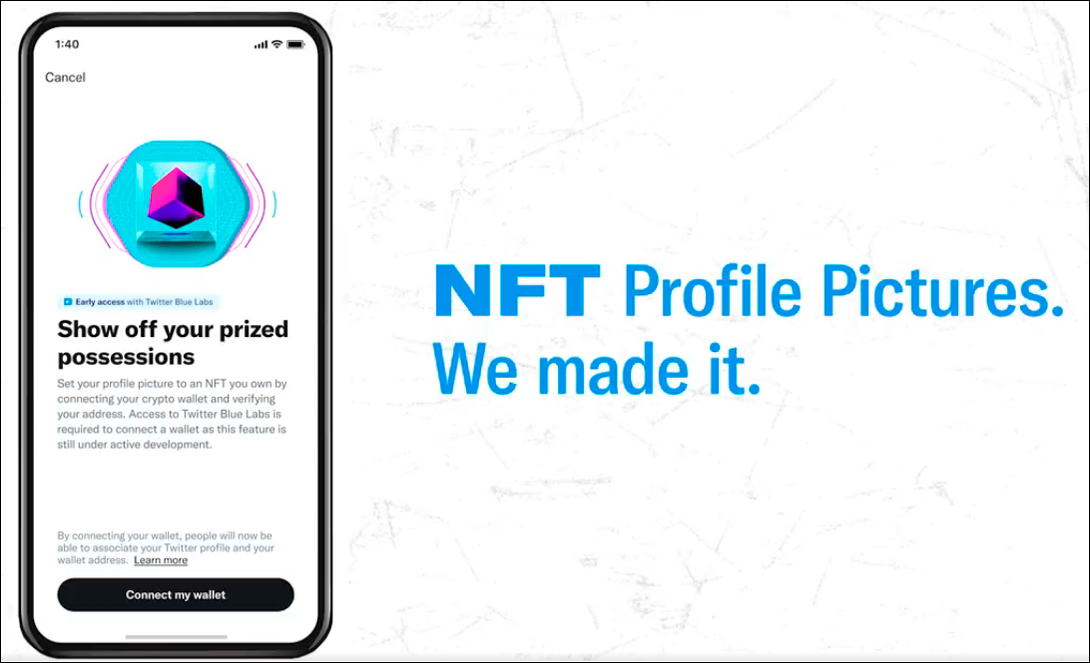