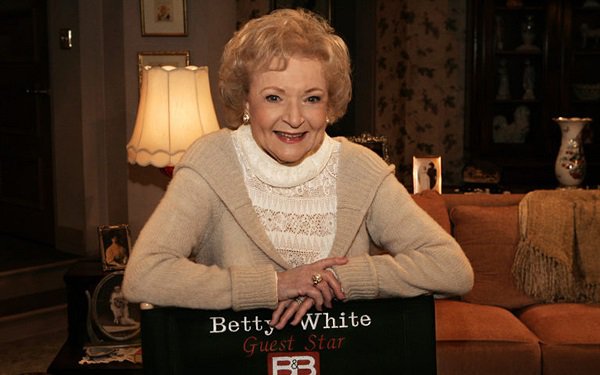 Monday night brings a relative rarity to network television when NBC airs a one-hour salute to a major TV star who recently passed away, Betty White.

Saluting this television pioneer is certainly appropriate for television to do, especially because the TV industry often appears to hold little regard for its heritage.

But just a single hour for Betty White? This seems like an inadequate slice of airtime to devote to someone who may have had the longest career in the history of television.

The starting point of her career is usually given as 1949, the year she made her commercial television debut as co-host of a daily live variety show called “Hollywood on Television,” airing locally in Los Angeles on KFWB.

Technically, however, one might date her familiarity with television to 1939, when she was chosen shortly after her graduation from Beverly Hills High to sing songs on an experimental TV show in the days when the technology was still being developed.

White died a few weeks ago on New Year’s Eve at the age of 99. By all accounts, she maintained an active schedule throughout most of her 90s.

In the obituaries that appeared after her death, she was positioned in most of them as a television pioneer by virtue of her gender.

According to this narrative, she overcame gender obstacles to make her mark and stake her claim in the new medium.

These obstacles were never specified, which makes it reasonable to wonder if there were any, or if there were, just how difficult they actually were for her.

In those days when the medium was new, everyone was a television pioneer -- men and women. And it is likely accurate that in television, as in the working world generally, men probably outnumbered women in this nascent industry.

At the same time, I have learned over the years from anecdotes that I have read, and even ones that were told to me personally by people who were present at the beginning, people were chosen for on-camera and off-camera roles in early television simply because they happened to be there. Someone would say “Hey you” and a career in television was born.

Luckily for the rest of us, Betty White was there at the right time in 1949 and she never left.

Meanwhile, NBC’s one-hour salute, titled “Betty White: America’s Golden Girl,” will feature a gaggle of celebrities -- some NBC-related and some not -- all reminiscing about her.

Sadly, her co-stars from her two most famous shows -- “The Mary Tyler Moore Show” and “The Golden Girls” -- are gone now, so we won’t be hearing any testimony from them. (Three of the last of them -- Ed Asner, Cloris Leachman and Gavin MacLeod from “Mary Tyler Moore” -- also died last year.)

The list of contributors to this NBC salute special is diverse. And a cursory search on the internet indicates that she met all of them and worked with many of them.

I would imagine that after all her years working in this particular community, she probably did know just about everyone.

It is a long list, and given the special’s one-hour length, the reminiscences of these friends and acquaintances will likely take up most, if not all, of the show.

Not that there’s anything wrong with that. This is what people do following the death of loved ones -- they reminisce and celebrate their lives.

That sounds like a fitting way to remember Betty White.

Photo courtesy of CBS: Betty White guest-starring on “The Bold and the Beautiful,” 2006