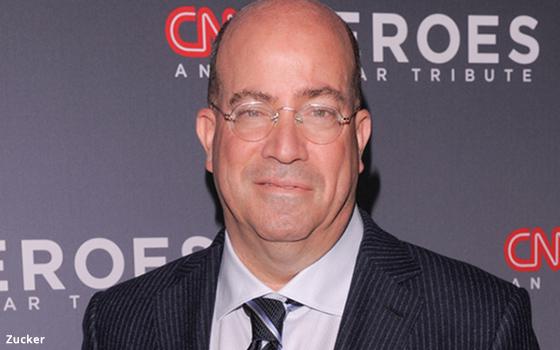 After a nine-year tenure, Jeff Zucker, chief executive officer of CNN Worldwide, has resigned immediately after disclosing that he had a relationship with a senior CNN marketing executive.

Zucker’s departure comes in the wake of the soon-to-be-closed deal in which Discovery Inc. would be buying a majority stake in WarnerMedia, owner of CNN. Media analysts had speculated that Zucker would depart after the deal closed.

In a statement, Zucker said he should have disclosed a relationship with Allison Gollust, executive vice president and chief marketing officer of CNN, during another investigation by the network regarding the network’s top on-air prime-time host Chris Cuomo.

Cuumo resigned in December after it was revealed that he was improperly advising his brother Andrew Cuomo, the former New York Governor, when dealing with news outlets with regard to Cuomo’s issues around accusations of sexual harassment.

“As part of the investigation into Chris Cuomo’s tenure at CNN, I was asked about a consensual relationship with my closest colleague, someone I have worked with for more than 20 years,” Zucker said in a statement to CNN staff.

Before CNN, Gollust worked for Governor Andrew Cuomo as communications director, and before that she worked as a senior publicist for NBC’s “Today” Show.

Zucker previously was a long time senior NBCUniversal executive, and became chief executive officer in 2007. He and Gollust began working together at NBC in 1998.

“I acknowledge the relationship evolved in recent years. I was required to disclose it when it began but I didn’t. I was wrong,” said Zucker. “As a result, I am resigning today.”