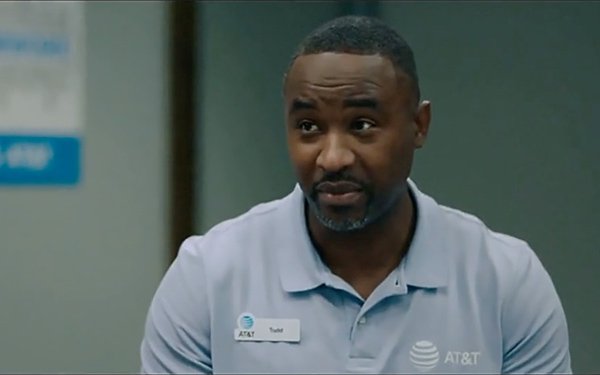 A Spectrum Mobile ad wrongly denigrated AT&T by accusing the wireless company of misleading customers about the true cost of its service, a self-regulatory watchdog said Tuesday.

The ad, which is no longer airing, featured two fictional AT&T employees in a training exercise in which the trainee play-acted a sales pitch to a customer. In the exercise, the trainee says AT&T charges hidden fees, prompting the trainer to instruct the trainee to avoid mentioning those fees.

At the end of the spot, the following message appears on the screen: “AT&T is selling it. Don't buy it.”

AT&T complained about the ad to the National Advertising Division of BBB National Programs, arguing that the commercial accuses the company of intentionally hiding taxes and fees in ads for wireless service. AT&T also said the ad was disparaging because it showed the company training employees to mislead customers.

Charter Communications, which operates Spectrum Mobile, countered that the spot was meant to be humorous, as opposed to an actual representation of AT&T's sales techniques.

The National Advertising Division said that while the acting “was too over-the-top to be taken as a literal depiction of AT&T’s sales practices,” the commercial still conveyed an objective message that required substantiation.

The watchdog added the commercial “reasonably conveyed the message that AT&T misleads consumers about the cost of its wireless service.”

The organization said, “By both figuratively and literally warning consumers not to 'buy' what AT&T is 'selling,' the tagline conveys the disparaging message that AT&T is intentionally 'duping' or 'tricking' consumers about the cost of AT&T Wireless and that at a minimum, consumers should exercise caution when dealing with the company.”

Charter argued that AT&T doesn't always include taxes and fees in its prices, but the National Advertising Division said Charter didn't prove that AT&T deliberately misleads consumers about pricing.

The opinion comes as the Federal Communications Commission is considering a proposal to require that carriers use a standardized format, comparable to a nutrition label, to disclose information about pricing, speeds, and traffic management practices. The FCC is scheduled to hold a public hearing on Friday about that proposal.