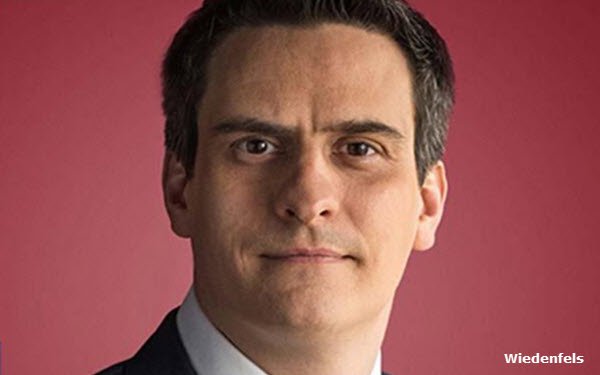 The imminent combined entity Warner Bros. Discovery plans to merge Discovery+ and HBO Max into a single streaming platform at some point soon, but will offer them in bundle form in the meantime, Discovery CFO Gunnar Wiedenfels confirmed for the first time on Monday.

A merged platform “could not make more sense,” Wiedenfels said, speaking during a Deutsche Bank media conference. HBO Max has “more premium, male-skewing positioning” and an event-driven content approach that lends itself to subscriber acquisition, while Discovery+ has “female positioning” and high daily engagement that drives "retention power," he explained.

The combination will create “one of the most complete, sort of four-quadrant, old-young-male-female products out there,” generating direct-to-consumer metrics that should “drive very healthy revenue growth for years to come,” he predicted.

But building a “blowout” combined D2C product and platform offering a “great consumer experience” will take time — at least months, although “hopefully not years,” he said.

“The direct-to-consumer business is obviously further along now than we had four years ago,” so “there’s a greater risk,” Wiedenfels pointed out. “You want to get it right.”  With close to 100 million subscribers across the two platforms by the time the deal closes, changes will require “some very, very detailed and disciplined planning,” he stressed.

In the interim, the company will offer some kind of bundle.

“Right out of the gate, we’re working on getting the bundling approach ready — maybe a single sign-on, maybe ingesting content into the other product, etc., so that we can start to get some benefits early on,” he said.

Wiedenfels also indicated that the end product will offer both ad-free and limited-ads options, but did not discuss pricing or other specifics.

The Discovery+ streamer — launched just last January in the U.S. — currently costs $4.99 per month with ads or $6.99 without ads. It accounts for most of Discovery’s total subscribers, who totaled 22 million globally at year-end 2021, according to the company.

HBO Max costs $9.99 per month with ads and $14.99 without. HBO and HBO Max combined had 73.8 million subscribers worldwide at year’s end, WarnerMedia reported.

Wiedenfels also said that, in a departure from the industry trend, Warner Bros. Discovery will take a “conservative approach” to content spending. Discovery CEO David Zaslav has declared that the goal is to compete with other streaming service leaders, rather than “win the spending war,” he noted.

Discovery’s shareholders approved the $43-billion merger with WarnerMedia on March 11, enabling a likely mid- to late-April close for the deal.