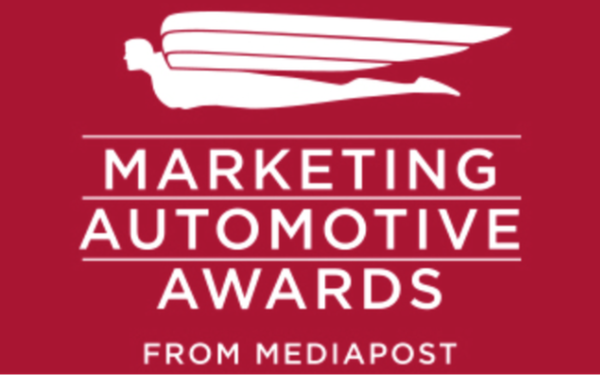 For a seventh year, MediaPost is naming its picks for top automotive marketers and agencies.

There was a large array of choices, and a panel of industry observers, experts and marketers had the arduous task of finding the best of the bunch.

The Automotive Agency of the Year (Traditional) award goes to Nissan United, TBWA’s dedicated multi-agency leadership team within Omnicom that directs all U.S. marketing and communications for Nissan. The agency has created campaigns that effectively communicate the automaker’s objectives in “Nissan Next,” which is not only a business transformation plan but also focuses on changing the automaker’s culture and brand ethos.

Weber Shandwick is the Automotive Agency of the Year (Digital). Traditionally a PR agency, the company has taken on more creative duties across of the General Motors divisions, including launching Chevrolet’s TikTok channel, which has 272.1K followers and 1.7 million likes, and a viral campaign for General Motors’ Super Cruise technology. Recognized by the automaker as one of its most innovative partners, in 2021, Weber Shandwick helped GM launch its commitment to an all-electric future, to be carbon neutral by 2040 and lead an inflection point in the transformation of the auto industry.

The Best Integrated Campaign (three channels or more, including online) award goes to Hyundai Motor America for the “Question Everything” campaign for the Hyundai Tucson, the automaker’s biggest and most important launch in its history. Hyundai believes that asking questions is at the heart of making things great, so the creative taps into this mindset for the Tucson, which is historically its best-selling model. The integrated marketing campaign from Innocean USA also includes digital executions. The campaign continues across multiple social media platforms with custom content and GIFs featuring the celebrities, along with a “Question Everything” TikTok challenge.

Best Electric Vehicle Campaign or Activation, a new category this year, goes to Volkswagen Group of America for the Volkswagen ID.4 launch. The automaker and its agency, Johannes Leonardo, took on the very important goal of not trying to chase the early EV adopter, but rather to broaden the appeal of electric. The tagline is “the first electric SUV for everyone,” with the campaign "more approachable than other EVs have traditionally been positioned,” per the agency.

For Best Social Campaign, Toyota Motor USA was chosen for its extensive efforts focused on the Olympics and Paralympic Games. The campaign, created by Saatchi & Saatchi and Dentsu, included extensive social media highlighting each individual athlete. The Team Toyota instagram page alone has nearly 50k followers and and includes more than 2,430 posts.

Best Multicultural or Interest Group Campaign goes to Jeep for “Where I’m From,” a 6-week campaign featuring sports analyst and former NBA player Jalen Rose, who highlights his own personal journey and pays tribute to the city and people of Detroit. A 60-second video created by Stellantis in partnership with Boulevard, a Detroit-based, Black-owned agency, ran across Rose's social channels and offers fans a platform to share their own city pride.

Best Viral Marketing Campaign or Execution goes to Cadillac for the “It’s Time to Let Go” activation for SuperCruise. The social media includes actors Sofia Vergara, Joe Manganiello and Tiffany Haddish, musicians the Jonas Brothers, and dancers Stephen Laurel "tWitch" Boss and Allison Holker, all stepping into the driver’s seat and letting go of the wheel. The brand projects that the effort reached upwards of 167 million Instagram users and 48 million Twitter users based on the collective number of followers of all the celebrities, who also include director Elizabeth Banks. The effort was created by Cadillac’s internal marketing team, with support from Weber Shandwick.

Best Interactive Execution or Campaign goes to Kia for its “Times Square Takeover” executed by David + Goliath, Gail & Rice and Innocean. The automaker actually took over the iconic New York City location twice, first on New Year’s Eve to celebrate the beginning of 2021 and then again when the city started to reopen in May 2021 for an event revealing the EV6. Kia honored frontline workers for their hard work throughout the pandemic by transporting them and their families to Times Square for a safe New Year's Eve celebration.