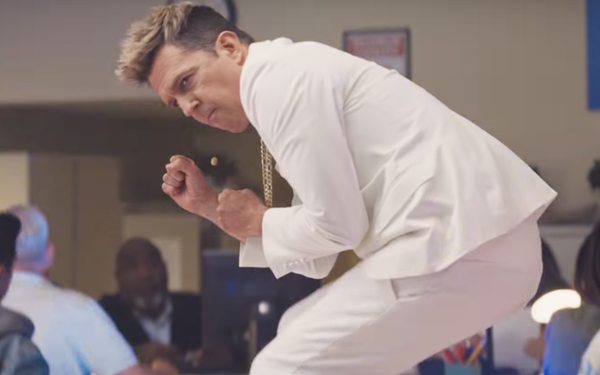 Ed Helms appears in this ad, via Arnold, Boston, to sing a boy band-type song called “Girl, You Drive Me Safely.”

The tune includes the auto-tune stylings of Nsync, to which Helms utters lyrics like, “Girl, you passed your driver’s test. You demonstrated you could parallel park it. The way you navigated those cones, they were so impressed. Say goodbye to that learner’s permit.”

Helms goes on to laud the girl for driving him safely, adding “Those hours practicing with Mom weren’t in vain.”

The song also includes some pro tips, like “Every five to eight seconds you should check the rear view.”

The key to this ad is the girl’s reaction, which is singularly unimpressed. “Well, that was something,” she says. Then Helms attempts to disappear behind a counter, but she says, “I can still see you.”

It’s silly stuff -- and a nice break from Flo and company as Progressive nears $2 billion in annual spending.