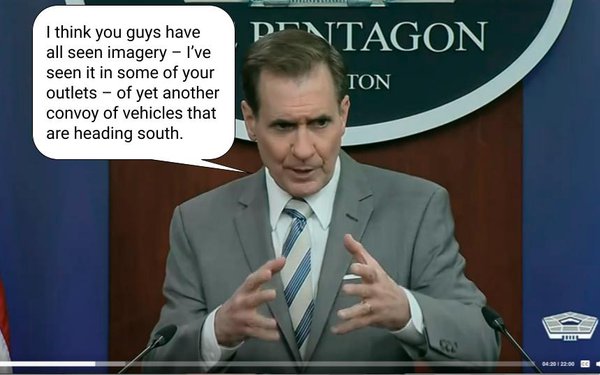 If Ukraine -- and the Western democracies aligned in support of it -- have had a secret weapon in their opposition to Russia's brutal invasion, it has been television. And especially the way the U.S., the U.K. and other leaders have been using it to stay one step ahead of Vladimir Putin.

"The thing I think he did not fully anticipate is the degree to which the nature of war has changed where everybody is seeing exactly what is happening on a real-time basis," President Barack Obama said when asked to give his assessment of the status of the war during The Atlantic's disinformation and democracy conference last week.

And while Putin continues to impose a virtual news blackout within Russia, I'm guessing at least some people inside the country are seeing TV news coverage of the war via pirated signals, VPNs and other workarounds giving Russians the ability to see what the rest of the world has been watching unfold: the carnage and brutality of what so far has been Russia's ineffective deployment of its military, but also the fact that the West has been one step ahead of him in the global information war.

To Obama's point, I can't imagine anything demoralizing Putin more than to watch Western officials and military leaders broadcasting his progress -- or lack thereof -- on a real-time basis.

Whether it was President Joe Biden getting out in front of the rest of the world's intelligence assessors by disclosing that Putin was about to invade Ukraine, or whether it has been the blow-by-blow actions and reactions on the battlefield in daily White House and Pentagon briefings.

If there has been a star in this coverage, it has been Pentagon Press Secretary John Kirby's even-keeled, just-the-facts, disarming briefings that have created a new form of transparency that modern warfare has never witnessed.

CNN's coverage of the U.S. invasion of Iraq might have been the first real-time television war, but the West's use of real-time troop movements has been the first to have a material impact on the transparency of war.

“I think you guys have all seen imagery – I’ve seen it in some of your outlets -- of yet another convoy of vehicles that are heading south," Kirby noted during his daily presser Monday, annotating the real-time footage as being "the early stages of a reinforcement effort by the Russians in the Donbas."

While an information war will only go so far in determining the outcomes of an actual military invasion, at least we know we've disarmed Putin's ability to spin this one to his advantage.

And whatever takes place inside Russia, Obama predicted pretty confidently that real-time TV news coverage will at the very least prevent Putin from ever getting a "maximalist victory."