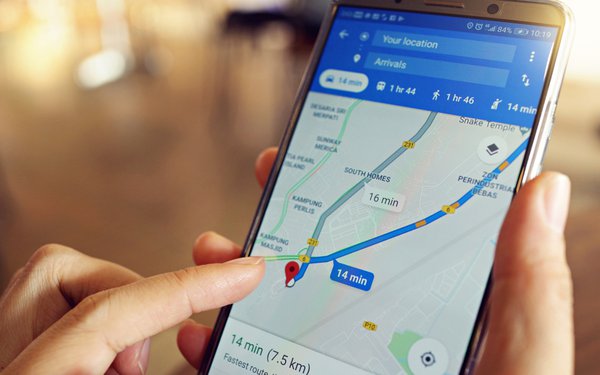 Google has been hit with an antitrust lawsuit by businesses that say the company's restrictions on its mapping products “lock users into the Google ecosystem.”

“Google has forced users of its digital-mapping products -- services that have become ubiquitous through rapid and competitively close acquisitions -- into a bundle of services,” the California-based online marketing company Dream Big Media and two other businesses allege in a complaint filed Wednesday in U.S. District Court for the Northern District of California.

“Once locked in, Google ratchets up the cost on its maps products,” the companies add.

Their claims focus on Google's terms of service for Google Maps, Directions (which offers navigation tools) and Places (which offers information about the destination).

Google's terms of service prohibit mapping customers from using “core” map services with -- or near -- a non-Google Map, in order “to avoid quality issues and/or brand confusion.”

Dream Big and the others appear to argue that restrictions in the terms of service amount to an antitrust violation.

“Google uses its market dominance to improperly tie together its products and lock users into the Google ecosystem,” the complaint states.

“Google goes so far as to prohibit display of non-Google digital maps near their own maps on an application or web page," the companies allege.

A Google spokesperson says: "We strongly disagree with the claims in this case, and we will vigorously defend ourselves."

The spokesperson added that developers are "free to use other mapping services in addition to Google Maps Platform -- and many do."

The complaint draws heavily from the 2020 Democratic majority report of the House Subcommittee on Antitrust, which said Google (along with Waze, which Google acquired in 2013) commands an 80% share of the online mapping market.

One allegation in the complaint, which is taken from the report, is that Google's terms led “several major companies to switch entirely to Google’s ecosystem, even in cases where they preferred mapping services from a non-Google provider.”

The lawsuit comes several weeks after Reuters reported that the Justice Department recently intensified its investigation into Google over its restrictions on the use of mapping data.

Google currently faces several other antitrust actions by federal and state officials, advertisers, media companies and app developers, but the case filed Wednesday appears to be the first focused specifically on mapping services.