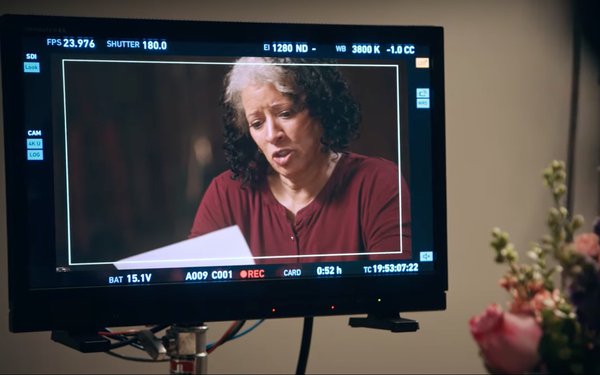 Teleflora, no stranger to Mother’s Day tear-jerkers, is trying a different tactic this year, flipping the script on a trio of auditioning moms.

The resulting campaign, called “Role of a Lifetime,” features a Teleflora casting call starring three moms who had all received a callback after the first audition.

Each is given a letter to read, which they at first presume is part of a prepared script for the ad. They quickly realize it’s a letter written by their own adult children, thanking them in precise ways for their role in raising them.

“Moms rarely give themselves the credit they deserve and often doubt they’re doing a good job,” said Danielle Mason, vice president of marketing, Teleflora, in the release. “Teleflora wanted to authentically capture the impact moms have on their children and remind her of how magnificent she is.”

Teleflora is owned by the Wonderful Company, which created the ad in-house, and has 10,000 member florists.

The spots break as retail experts forecast record spending for moms, with 72% of those who celebrate the day buying a bouquet.

The National Retail Federation predicts spending will rise to $31.7 billion this year, up $3.6 billion from last year’s predictions. That works out to $25 more per mom -- and an average of $245.76.

And about 84% of the country is predicted to mark the day somehow, either on behalf of their own moms or other influential women in their lives.

It expects jewelry spending to reach $7 billion, with 41% of those surveyed planning such a surprise, up from 34% last year. Meanwhile, 27% of respondents said they’d be giving experiential gifts, like concert tickets or spa certificates. That’s a high for the survey, up from 23% last year.

The NRF’s survey, conducted by Prosper Insights & Analytics, is based on more than 8,500 adults.