Zuckerberg: Meta Will 'Slow The Pace' Of Metaverse Investments 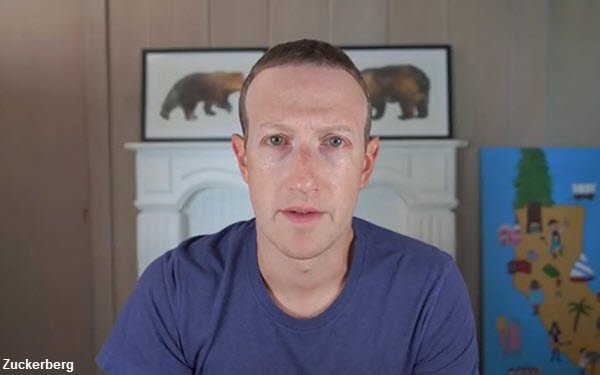 Meta will “slow the pace” of some of its investments due to its “current business growth levels,” CEO Mark Zuckerberg reported during Wednesday’s first-quarter earnings call.

The company sought to reassure investors somewhat by lowering its 2022 total expense guidance for Facebook, Instagram and WhatsApp to $87 billion to $92 billion, from earlier guidance of $90 billion to $95 billion.

While most expense growth is projected to come from the apps, the company will still spend many billions on metaverse product development division Reality Labs. This year, Reality Labs is set to release a new high-end headset that Zuckerberg claims will replace work laptops. It will also release a desktop version of its Horizon Worlds metaverse software to accommodate consumers' slow adoption of VR and AR.

Investors have reacted to the company's simultaneous slowing of advertising revenue growth and its large investments in Reality Labs by pushing the stock down by nearly half since the company rebranded from Facebook in October 2021.

In a few respects, Meta’s Q1 performance was an improvement on its disastrous Q4 2021, when its stock plummeted 26% after it reported Facebook’s first drop in daily users.

Facebook daily active users (DAUs) were 1.96 billion versus 1.95 billion expected, per a Refinitiv survey. DAUs across Facebook, Instagram and WhatsApp rose slight, from 2.82 billion to 2.87 billion.

Revenue rose 7%, to $27.9 billion, driven largely by greater ad volume that offset price declines. But that was the slowest growth rate since the company went public a decade ago — in fact, the only single-digit growth in that period — and analysts had expected $28.2 billion.

A revenue forecast of $28 to $30 billion for 2022’s second quarter also fell short of analyst expectations of $30.6 billion.

That reflects expected declines in European MAUs as a result of a loss of Russian users due to Russia’s crackdown on communications platforms, including Facebook — but primarily continuing advertising challenges.

While Chief Operating Officer Sheryl Sandberg reported that Meta has now been able to “close a good part of the underreporting gap” to advertisers caused by Apple’s iPhone privacy policy shift — a shift that Zuckerberg has said could impact Meta’s revenue by $10 billion this year — she acknowledged that completing that mission will take more time.

She also acknowledged that the stricter regulatory environment continues to be “a real challenge” for Meta and other tech companies.