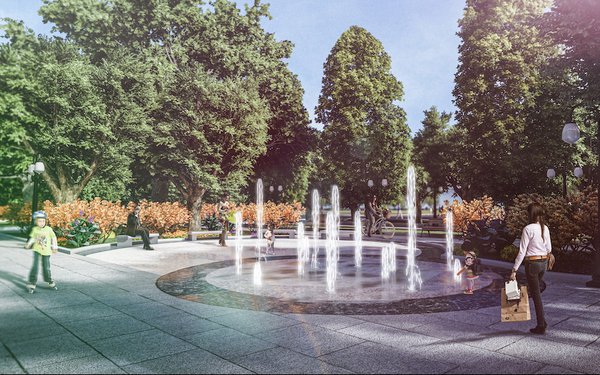 Volkswagen Group of America is celebrating Arbor Day on Friday with the unveiling of the restored German-American Friendship Garden, which it sponsored.

Located on the National Mall in Washington across from the Ellipse at President’s Park, the garden was dedicated in 1988 by German Chancellor Helmut Kohl and President Ronald Reagan.

The multiyear restoration project included rehabilitating the garden and rebuilding the two fountains that flank the historic space, which is centrally located between the White House and the Washington Monument.

Friday’s event will include a ceremonial turning on of the restored fountains, along with playing of the U.S. and German National Anthems by the U.S. Air Force Band. A Red Oak will be planted in the garden to celebrate the occasion and Arbor Day.

VW has 1,100 employees in the Washington area and tens of thousands at VW’s German headquarters, so the company has “a unique understanding and pride in what it means to be German-American,” Keogh says.

Rebuilding the German-American Friendship Garden’s fountains was also made possible through sponsorships by Bayer, Haribo, Microsoft and Siemens.