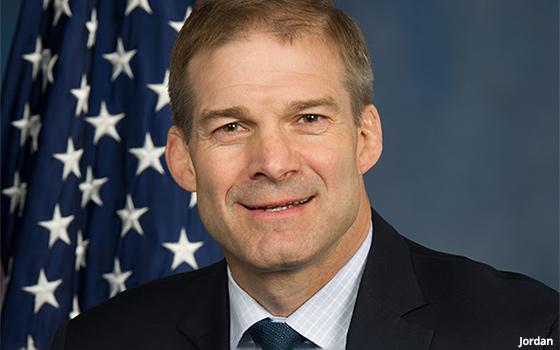 Now, Republican lawmakers want to know whether FTC Chair Lina Khan -- who previously served as the Open Markets Institute's director of legal policy -- played any role in the group's request.

Rep. Jim Jordan (R-Ohio), ranking member of the House Judiciary Committee, says in a letter sent Wednesday to Khan that Congress is “concerned” that the Open Markets Institute “may be trying to leverage its close relationship with you to take action to further limit free speech online.”

He adds that the Open Markets Institute “appears to believe that the FTC will be receptive to its cavalier effort to influence a federal agency that is run by its former employee.”

Jordan and other Republicans who support Musk's takeover bid apparently believe Twitter will suppress fewer posts under his leadership.

While Musk has famously criticized Twitter's content-moderation policies as too restrictive, it's unclear how he would revise them.

Musk reportedly said he would not necessarily "promote" especially controversial tweets, and that he doesn't have “all the answers.”

Jordan is now asking Khan whether she or anyone else at the FTC solicited or played a role in drafting Lynn's statement, and whether the FTC responded to it. The lawmaker is also demanding that Khan preserve all records relating to Musk's pending purchase.

Open Markets Institute director Barry Lynn stated last week that a Musk takeover of Twitter would give “direct control over one of world’s most important platforms for public communications and debate” to “a single man -- one who already wields immense political and economic power.”

Two of the FCC's four current commissioners have already said they won't attempt to block the purchase.