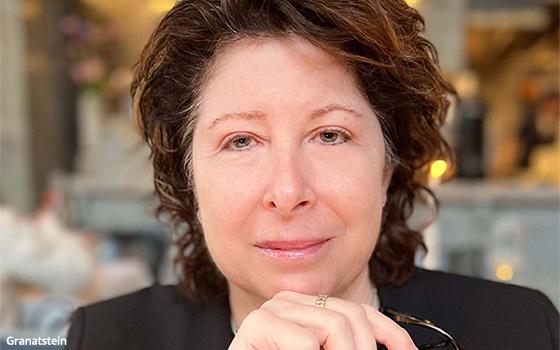 Granatstein, who spent nearly 11 years at Adweek, and has served as chief content officer there since late 2020, will be responsible for helping Front Office Sports grow and build its portfolio of content channels.

New York City-based Front Office Sports was founded by CEO Adam White and COO Russ Wilde in 2014, and has an expanding audience that reaches over 20 million people per month across its newsletters, website, podcasts, and social channels, the company said in a press statement. It focuses on sports business, including M&A, law, betting, fashion, media, sponsorship deals, and global sports, offering decision makers insights and information about news and trends, “from the bench to the boardroom.”

Front Office Sports is backed by the New York-based investment firm SC Holdings. In February, major B2B media company Crain Communications — which owns 21 brands including Ad Age and Automotive News — acquired a 20% state in Front Office Sports in a transaction that valued the company at $25 million.

In a statement by Crain at the time of the investment, it said that In just the last year, Front Office Sports’ newsletter subscriber base has grown by 288%, its sponsor and advertising revenue grew by 269%, and its social channels had more than half a billion impressions.

Indeed, White says, the brand is doing over one million newsletter opens per day, and in April it recorded more than 25 million total opens across its network.

White said Granatstein’s new post makes her one of the highest-ranking female executives in sports media. He called her one of the most well-regarded media journalists and executives in the business. “Her expertise in both consumer and business journalism, along with deep-rooted passion for how sports influences culture, makes her the perfect fit for our commitment of delivering best-in-class, editorially driven content to our audience,” he said.

For her part, Granatstein noted that sports influences all facets of culture, and described Front Office Sports as a leading force for synthesizing that impact. “I’m so excited for this amazing opportunity to build on Front Office Sports’ momentum and be part of a dynamic team that uniquely serves a modern sports consumer,” she said in the statement.

Prior to this new position and her time at Adweek, she spent several years covering digital transformation at Mediaweek, Time magazine and Time Digital.