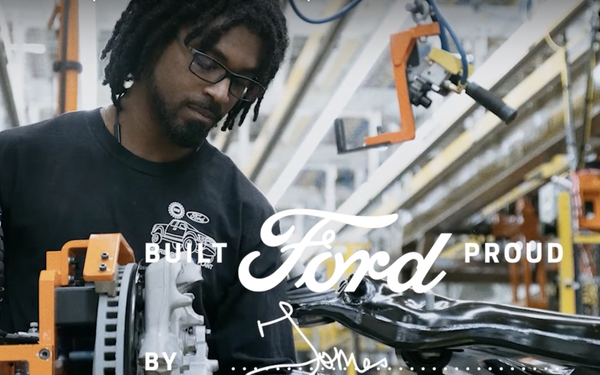 A new Ford ad salutes the builders of the company’s cars, while taking a shot at Tesla CEO Elon Musk.

The ad, via Wieden + Kennedy, starts out with a montage of people speaking. “Right now it could seem like the only people who matter are the loudest, those who want to tear things down and then fly away on their own personal spaceships,” says the narration.

The ad then shows a rocket ship taking off. The allusion to Elon Musk should not be lost on anyone. The ad then talks about Ford’s 182,000 employees who are building "big things, new things, things that will change the way we do things.”  The ad then notes that Ford has $50 billion committed to electric vehicles.

The highlight on Ford’s workers is a nice counterpunch to Tesla, which doesn’t advertise, but whose CEO garners intense interest. The ad presents Ford and its workers as stalwart “get-it-done” types to contrast with Musk, who, it’s suggested, is merely a dilettante.