God Save The Queen, She Ain't No Algorithm 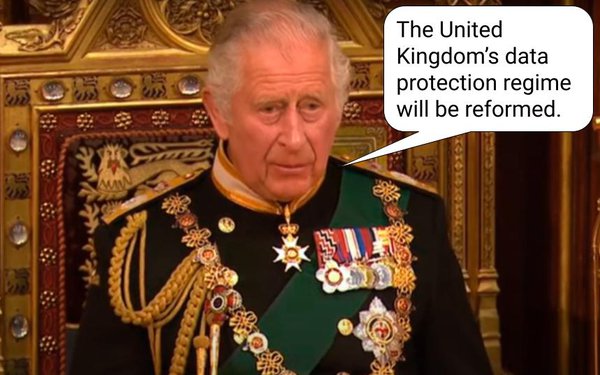 As studies in contrast go, the image of Prince Charles sitting on the throne delivering the Queen's Speech to British Parliament this morning was the perfect transition from old to new media. And while it's too bad he had to step in for 96-year-old Queen Elizabeth II, who is recovering from COVID-19, he delivered her message that when it comes to the next generation of digital media and data rules, this is not your father's U.K.

The speech, which officially reopens Parliament's legislative agenda, was full of pledges to improve consumer online safety and revise consumer data sovereignty, replacing the European Union's rules with ones of the U.K.'s own, as well as proposed new laws to overhaul digital markets to create competition among Big Tech platforms, tackle misinformation and protect consumers from fake product reviews.

The speech may have been long on proposing digital transformation, but it was short on details, according to the U.K.'s Data & Marketing Association (DMA), which has been lobbying the government to ensure the effectiveness of data-based marketing doesn't suffer amid the push for consumer rights.

In other words, the proposed legislation could be more than just another Brexit from the EU's GDPR rules, but could create new levels of complexity and uncertainty for marketers and digital media platforms doing business in the U.K.

“The data, marketing and creative industries remain in limbo, unsure of what form the U.K.’s data protection reforms will take," DMA CEO Chris Combemale said in a statement following the speech.

"Data-driven innovation can still deliver further growth across the digital economy, without compromising the UK's data adequacy status or current privacy protections, but the government must move forward urgently and publish the results of the ‘Data: A new direction’ consultation and the text of the legislative reforms,” he continued, adding, “Our industry welcomed many of the proposals put forward in the consultation that have a direct impact on building successful customer relationships and public trust, primarily through further legislative clarity and industry transparency.”